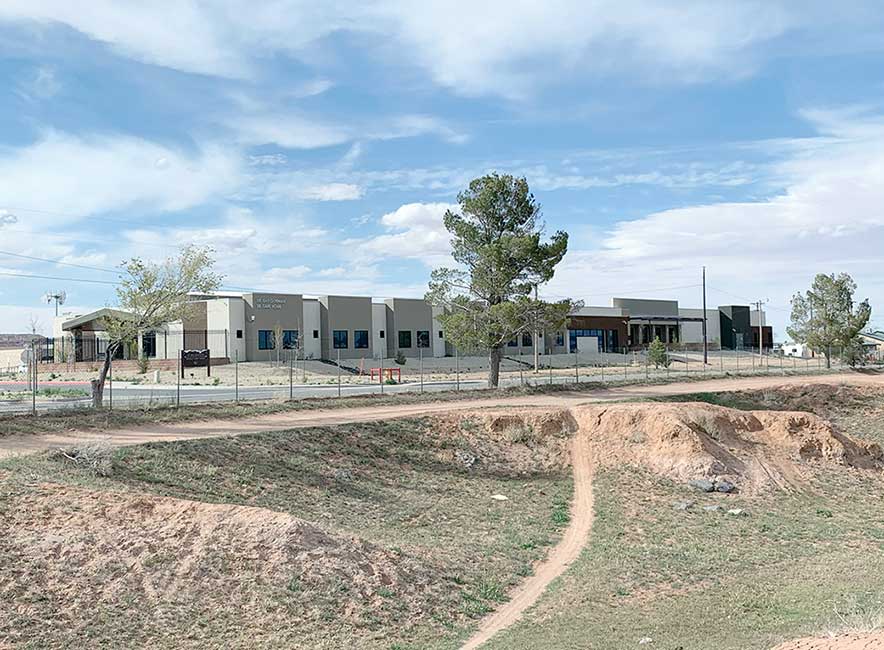 Navajo Times | Cindy Yurth
The Dr. Guy Gorman Senior Care Center in Chinle is prohibiting visitors. So far, the center has not had a single COVID-19 case.

For the more than a decade Wayne Claw has been in charge of the Dr. Guy Gorman Senior Care Center, he’s had one main message: Come visit your elders!

So it’s not coming easy to him to say just the opposite. “We need everybody to stay away,” Claw said in a phone interview Thursday. “We haven’t had a single coronavirus case among our residents or our staff, knock on wood, and we want to keep it that way.”

The novel coronavirus has decimated the country’s nursing homes. USA Today reported this week that 2,300 long-term care facilities in 37 states had reported cases of the virus, which disproportionately affects the elderly. Some 3,000 nursing home residents have died. But the Chinle facility, the only full-service nursing home on the reservation, hasn’t logged a single case among its 73 residents.

Claw said the home started implementing preventive measures in early February, shortly after the virus surfaced in Washington state. “We isolated all the residents in their rooms,” Claw said. “They’re not allowed in the common areas. We bring them their meals.” Only nurses are allowed direct contact with the residents, Claw said. “We told all the families not to visit,” he noted. “Even I’m not allowed in.”

Employees are on three- or four-day shifts, during which time they stay at the home. When they start a shift, a nurse takes their temperature and blood pressure before they’re allowed to start work. Three families checked their residents out of the facility and took them home, which Claw worries may have been the wrong decision since it’s much easier to monitor them in the center.

“One family took their elder back to Kayenta, which I tried to discourage because it’s a hot spot,” he said. “But it’s up to them.”

Are the elders getting lonely? “Those who can understand, we’ve explained it to them,” Claw said. “We’ve got TVs and other things in the rooms. We’re keeping them busy.” One thing that is hampering efforts is that Navajo Nation Family Services has not paid the cost for its 20 clients in the nursing home for two months.

“We use that money for food, trash pickup and utilities,” Claw said. “Also to pay the contract nurses. My contract nurses haven’t been paid in two months.” Fortunately, some tribal enterprises have responded to the home’s situation. “NHA brought us some food,” Claw said. “Same with NAPI and (Navajo Nation) Gaming (Enterprise), so we’re actually OK with food. We’re very grateful for those donations.”

The home could still use hand sanitizer, facemasks, gloves and toilet tissue, Claw revealed. “Mostly what we need is for the tribe to come through with the $127,000 they owe us,” Claw said.

Social Services Director Deannah Neswood-Gishie said the home should have the money Thursday.