Navajo politics has finally entered the age of social media.

While past presidents and other politicians have occasionally used Facebook, Instagram and Twitter, none have had the constant presence and marketing savvy exhibited by the Nez-Lizer administration and some of the younger Navajo Nation Council delegates. 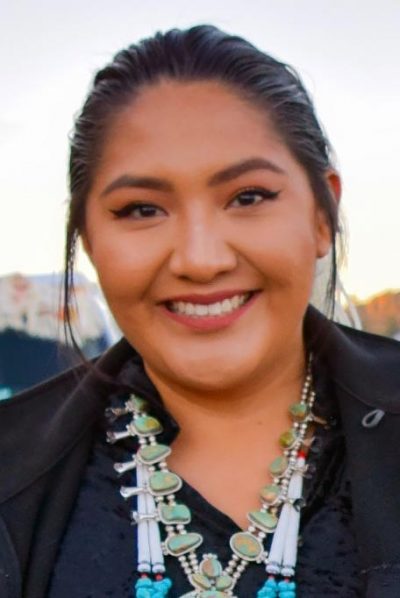 When scrolling through your feed you may notice that President Jonathan Nez pops up more often than any president before, or have seen Delegate Eugenia Charles-Newton share her weekly schedule on her Facebook page.

This high social media presence is the norm when it comes to state and federally elected leaders — even all the way up to the “tweeter-in-chief” as President Donald Trump has been dubbed.

For example, Sen. Martin Heinrich, D-N.M., had 11 new posts on his Facebook page, 27 tweets and two Instagram posts in the last week alone. These posts are all relevant to his platform and what he’s trying to get accomplished.

Rep. Alexandria Ocasio-Cortez, D-N.Y., tweets multiples times a day and is known for her frequent updates and clapbacks.

But here on Navajo, this type of online presence is an issue to some.

Nez received criticism from Charles-Newton for his social media use. After the state of the Navajo Nation address on April 15, Charles-Newton said, “It’s good that you’re showing up for these events and photo opportunities, but I think it’s time that we start working together.”

This was reiterated by his communications director, Jared Touchin, and his senior pubic information officer, Crystalyne Curley, who actually run his four social media accounts along with other staffers.

“That’s the main reason why the president uses social media so much is to let the people know exactly what he’s doing every day,” Touchin said.

Nearly every meeting the president attends goes up on his Facebook, Touchin said. The ones that rarely get posted about are internal meetings.

“If he’s meeting with me I’m not going to post it,” Touchin said with a laugh.

It seems transparency is the same reason Charles-Newton uses her Facebook page. On Monday, she shared her tentative weekly schedule, which she does every week.

On May 3rd, Charles-Newton also shared photos of her at the Justice Day festivities in Crownpoint where she toured the detention facility.

And it’s not just her but other delegates as well.

Delegate Amber Crotty also regularly updates her Facebook page with relevant information about the Navajo government. Her page has over 7,000 followers and she also shares photos she takes with community members.

Delegate Charlaine Tso, whose Facebook page is under “Char Ost,” also shared that she was attending a Utah tribal leaders meeting in Ogden, Utah, on Tuesday.

She uses her Facebook posts to share her schedule and also information on issues like Speaker Seth Damon supporting her in getting the “roads competed in Tolikan as a number one priority.”

Delegate Jamie Henio, who according to his Facebook page is also the executive director of the fictional Home of the Good Burger, shared that he was attending the “Leading People and Investing to Build Sustainable Communities” at Harvard Business School in Cambridge, Massachusetts, this week.

The issue isn’t how often elected officials use social media, it’s how they utilize this tool and what policies are in place to govern social media usage.

It appears Nez uses his social media as the primary platform for his press releases, pubic statements, and in general sharing information with the public and Council.

However, let’s not forget that social media is a carefully curated set of posts and photos.

“If it’s a staff assistant, they’ll send the draft post to either Crystalyne (Curley) or I and we’ll edit the post just checking for spelling, grammar,” Touchin said. “We’ll send it back and they’ll post it along with photos.”

This process isn’t uncommon in the world of public relations and public office.

What any public figure wants hidden stays hidden and what they want highlighted gets highlighted. Just like your favorite influencer on Instagram knows and will tell you.

But when it comes to social media and public office, what are the rules?

This is something the Navajo Nation clearly hasn’t addressed. The controversy of Delegate Pernell Halona, who sent explicit videos and images to a woman over Facebook, is an indication that this conversation needs to happen.

However, a good rule of thumb for public officials is to not send explicit content over social media and to not message random people whom you do not know.

Here are some of the social media policies in effect currently.

“The only time we’ll delete someone’s post or hide it is if it’s outright derogatory and it has nothing to do with the issue and if they’re using foul language,” Touchin said.

These are the same rules the Navajo Times follows for its Facebook. The settings automatically filter explicit and obscene language. We also hide comments where users are trolling or personally attacking other users. This is to create a safe online community free of harassment.

The question is, Where is the line drawn and what are the requirements for filtering comments on social media?

For the Navajo Times, it’s a case-by-case basis.

For the president’s office and Council, who knows?