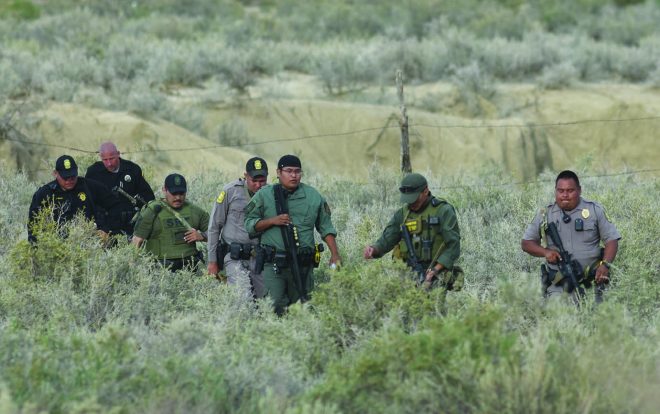 Police continue to search for Rumaldo Preshakai and the four children he allegedly abducted on Tuesday in Tseyatoh, near the PNM Housing area, about 5 miles south of State Highway 264. 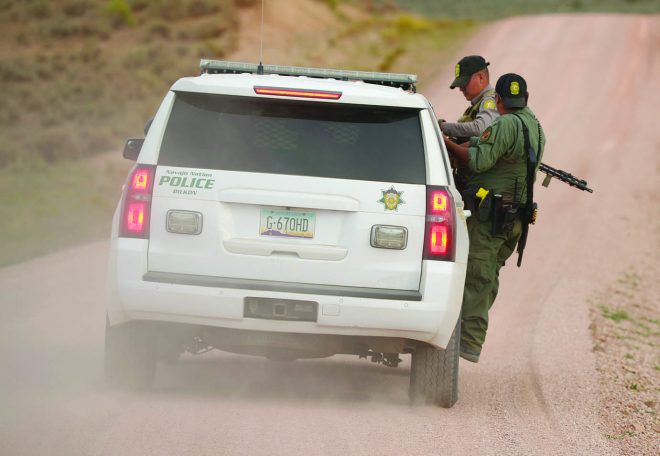 Navajo Times | Donovan Quintero
Navajo police officers stand on the side of a police unit on Thursday while searching for Rumaldo Peshlakai and four children.

Heavily armed police officers from the Navajo Nation Police Department, several FBI agents, and a deputy with the McKinley County Sheriff’s Office searched along an area near the old PNM mine site.

Police say they are expanding their search away from Tseyatoh as they investigate tips they have been receiving. 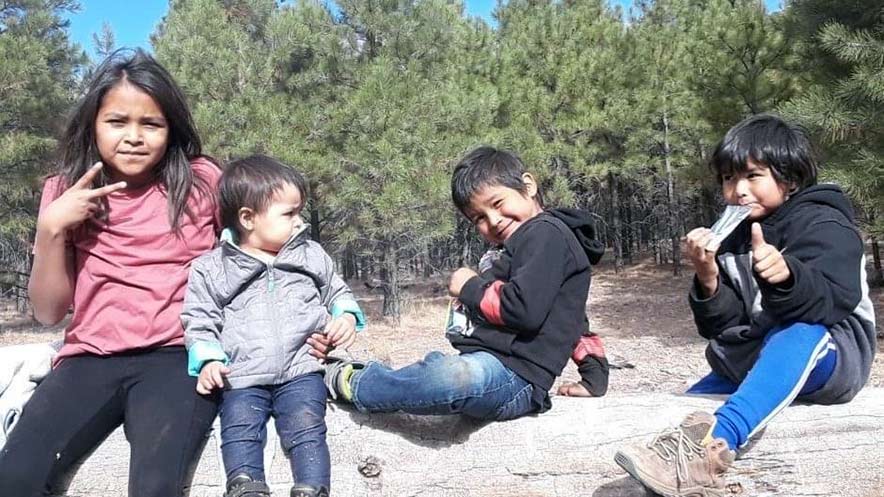 Officers responded to an alleged domestic dispute, according to a press release from the Navajo Police Department.

Peshlakai fled the scene with the children in a maroon Yukon and threatened to harm the children.

When police located the vehicle, Peshlakai and the children were not in the vehicle. Police say they believe they may have been on foot in the area. Dozens of law enforcement scoured the area but did not locate the children and the suspect. 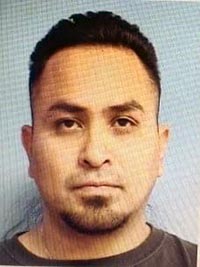 Peshlakai is about 5-foot-9, about 210 pounds, with brown eyes and a shaved head.