At 101, family matriarch continues to be a proud veteran 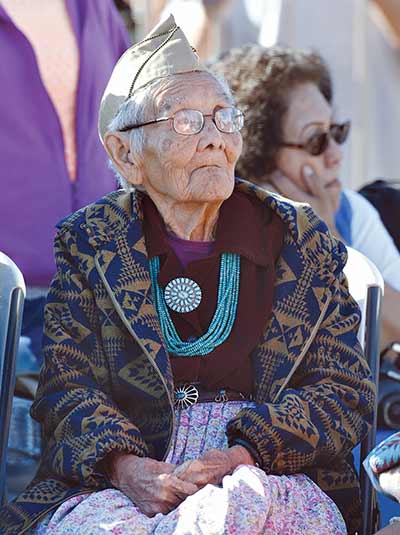 At the age of 101, Sophie Yazzie continues to do things she feels are important, which is why she was in Sacaton, Ariz. over the weekend helping to commemorate the raising of the flag over Iwo Jima during World War II.

It was Ira Hayes Day on the Gila River Indian Community but Yazzie made an impression to many in attendance by her participation as the oldest living veteran of World War II to attend the event.

She also had that same honor the year before when she attended the event.

A member of the Woman’s Army Air Force Corp, Yazzie has shown over the past several decades that the two things she most cares about – her family and her pride in being a veteran – are something that she will go out of her way to celebrate.

When she had her 100th birthday, it was celebrated at the Wheatfields Chapter House to accommodate her four children, five grandchildren and six great-grandchildren as well as the more than 140 friends and community members who wanted to be on hand to celebrate this occasion.

“She’s still active,” said her daughter Kathleen Lampert, adding that although she has to use a walker to get around.

Her mind is still sharp and when she was interviewed by phone Tuesday night, she remembered minute details of her life on the reservation, in boarding school and in the service. 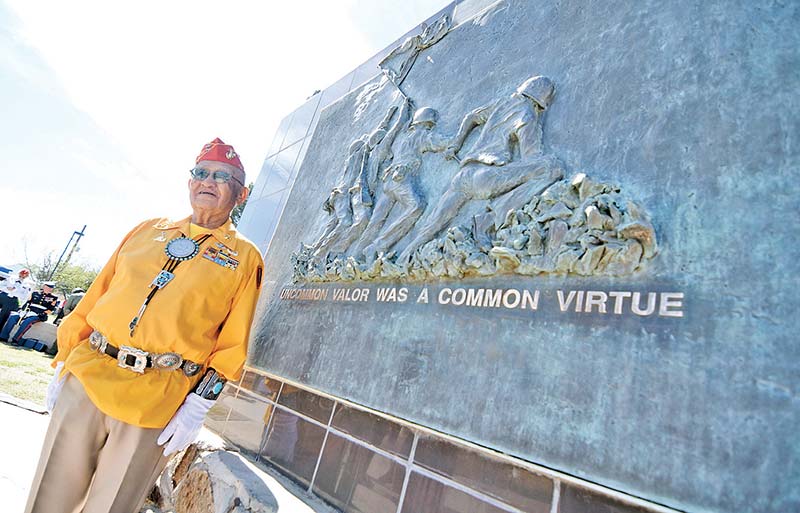 Navajo Times | Donovan Quintero
Navajo Code Talker Thomas H. Begay stands next to a sculpture dedicated to Ira H. Hayes Saturday at the 71st annual Iwo Jima Flag Raising ceremony in Sacaton, Ariz. “The flag raising was on the 23rd, 10:30(a.m.) by the Marines under fire. The bigger flag was raised at 12:30 (p.m.) bigger flag. I was there in 1945,” Begay said.