On Friday, the Navajo Nation Human Rights Commission announced that settlement checks were sent out from the Federal Trade Commission in the Tate’s Auto Group settlement.
People who qualified for the settlement should be receiving a check in the mail or a payment by PayPal.

According to the commission, 3,508 eligible people who received financed vehicles from Tate’s Auto Group and had their vehicle repossessed can receive the payments.

In 2012, the commission held three public hearings for victims of predatory auto sale tactics by Tate’s Auto Group in Dilkon, Kayenta and Crownpoint and the complaints were forwarded to the FTC for review.

In July 2018 the FTC filed a complaint with U.S. District Court of Arizona against Tate’s Auto based on falsifying consumer information on financing documents.

The commission said in a news release that the paper checks must be cashed within 90 days and the PayPal payments must be redeemed in 30 days.

\Anyone with any questions should contact the refund administrator, JND Legal Administration, at 888-964-0009.

Leonard Gorman, executive director of the commission, said, “Navajo consumers must always be careful when making major purchases such as buying a vehicle. It is important to understand the contract you are signing.” 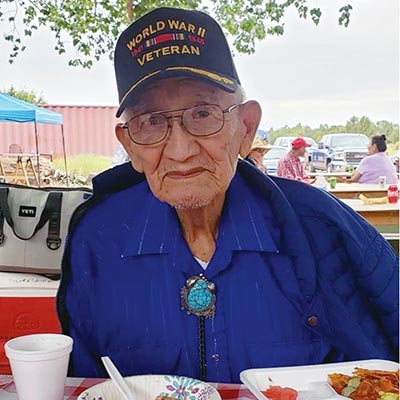 WINDOW ROCK – On Tuesday, the president’s office issued a proclamation in honor and remembrance of Diné veteran Louis Jones, who passed away on Sept. 13 at the age of 96.
He was originally from Chinle.

Jones served in the U.S. Navy from 1944 to 1946 including aboard the USS Talladega during the Asiatic-Pacific Campaigns and the Philippine Liberation Campaign.

The funeral service was Wednesday at the Chinle Veterans Cemetery.

At a cost of $44 million, the design/build replacement project included construction of a new 57,000-square-foot school, which has a library/media center, offices, kitchen/dining, gymnasium, play fields, facilities, maintenance building renovation, and utilities.

A new 13,000 square-foot dormitory was also built next to the school to house as many as 60 students.

The project was funded through the Bureau of Indian Affairs.

WINDOW ROCK – On Monday, the Navajo Department of Health and the Navajo Epidemiology Center reported three confirmed cases of Monkeypox, which brings the total number of cases on the Nation to four.

These three recent cases involve people from the eastern, central and western agencies. In each case, the virus appears to have been caught off the Nation.

The first Monkeypox case on the Navajo Nation was confirmed in August.

In July, the Monkeypox Preparedness Team was formed and at the end of August, vaccines were received at each Navajo health facility.

A person may take five to 21 days to develop symptoms after exposure to Monkeypox which may include a fever, malaise or general feeling of illness, headache, sometimes a sore throat and cough, and enlarged or swollen lymph glands. Symptoms also include rashes on the face, inside the mouth, and other parts of the body.

Monkeypox is spread through skin-to-skin contact, respiratory secretions, or by touching objects, fabrics, and surfaces that have been used by someone with Monkeypox.

WINDOW ROCK – On Monday, the president’s office announced two appointments – Bidtah Becker as executive director for the Division of Natural Resources and Oliver Arviso as director of the Division of General Services. 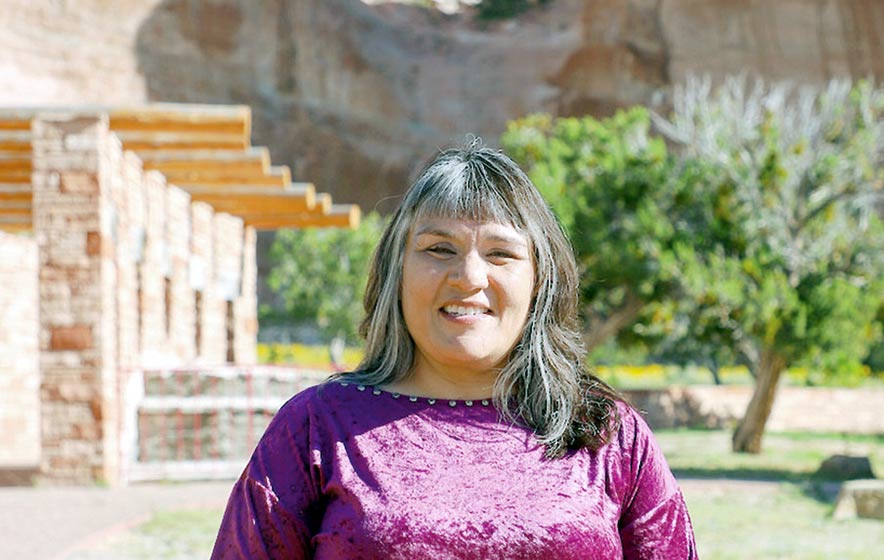 To take her new position, she will leave a job at California’s Environmental Protection Agency.

Becker previously served as the head of the Division of Natural Resources from 2015 to 2019, and as an attorney for Navajo Tribal Utility Authority.

Becker has a bachelor’s degree in foreign service from Georgetown University with a specialty in Latin American studies and a law degree the University of New Mexico School of Law. 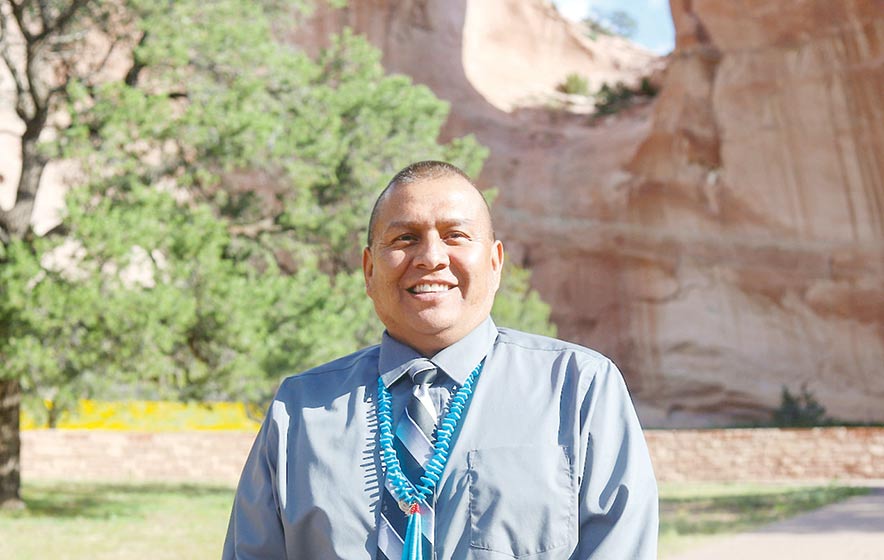 Arviso has served as deputy division director for the Division of General Services since May 2022, and previously as a staff assistant for the president’s office. He is a veteran of the U.S. Army and is a sergeant first class in the U.S. Army Active Reserve.

BLANDING, Utah – Electricity connections for 19 homes for Navajo families that reside within the Westwater subdivision, located west of Blanding, Utah, are nearing completion and, later this month, a total of 27 homes will be connected to electricity.

The Navajo Nation purchased the subdivision in 1986 and families have lived without basic infrastructure for more than 35 years.

Utah Lt. Gov. Deidre Henderson said, “My heart swelled with joy when I heard the news. Commonplace in Blanding, the sight of power lines swooping from house to house in Westwater marks the fulfillment of a long-overdue promise to the Diné just outside Blanding.”

Over the past two years, according to the president’s office, the Nation worked with members of the Utah State Senate and House, NTUA, Utah Division of Indian Affairs, the Church of Jesus Christ of Latter-day Saints, and residents to bring electricity to Westwater.

In August, the Nation approved $2.5 million for Westwater, along with $3 million that was previously approved through the American Rescue Plan Act.

In March of last year, Utah Gov. Spencer Cox and the State Legislature approved $500,000 to help provide water and electricity for Westwater.

President Jonathan Nez, who is running for re-election, said, “The work doesn’t end here — the next step is to deliver running water to these homes.”

The Navajo Nation Council approved $2 million in supplemental funding from the Síhasin Fund for the construction of the Nazlini Senior Center. The project was held up due to the COVID-19 pandemic and the increase in costs for material, labor and construction.

Nazlini Chapter President Lee Vincent Bigwater said, “This project took many years but persistence and and faith pushed us through the finish line.”

Nazlini’s former senior center was ordered to close due to structural deficiencies and not meeting safety and capacity standards.

President Jonathan Nez, who is running for re-election, said, “I congratulate the community of Nazlini for working together to develop improvements for their elders. This initiative took many years of hard work and we celebrate their achievement today.”

Flagstaff to receive more than $30 million for infrastructure

WASHINGTON – A historic $32.4 million will be invested in transportation and pedestrian safety infrastructure in the city of Flagstaff from the bipartisan Infrastructure Investment and Jobs law, according to a news release from Sen. Kyrsten Sinema, D-Ariz., and Sen. Mark Kelly, D-Ariz.

The project, known as the Downtown Mile Project, is supported by the city of Flagstaff, BNSF, and local and regional partners, including Coconino County, Northern Arizona University, and Coconino Community College.

The grant for this project comes from the Nationally Significant Multimodal Freight and Highway Projects program, commonly known as the INFRA grant program, which was significantly updated and expanded through the Infrastructure Investment and Jobs law.