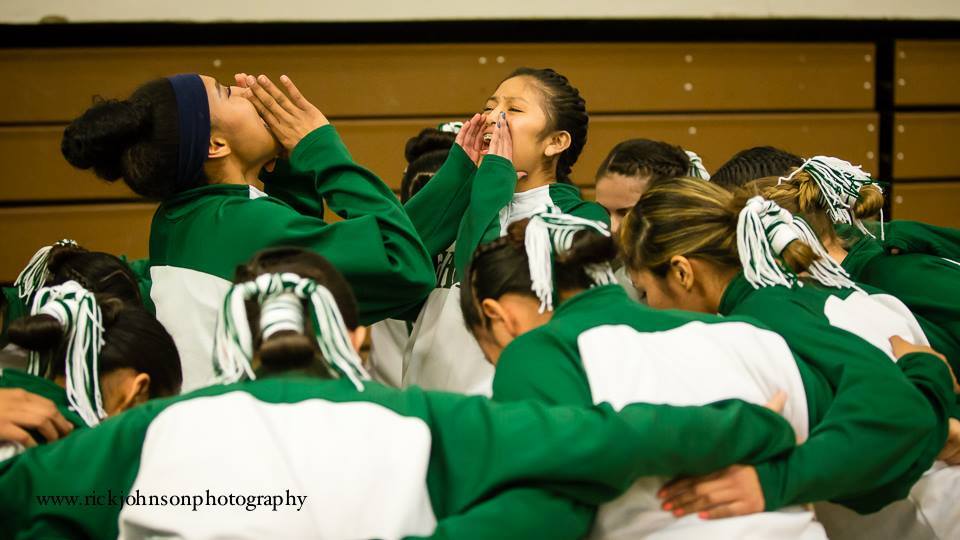 Flagstaff Lady Eagles show off their hair buns in a photo by Rick Johnson posted on their Facebook booster page. 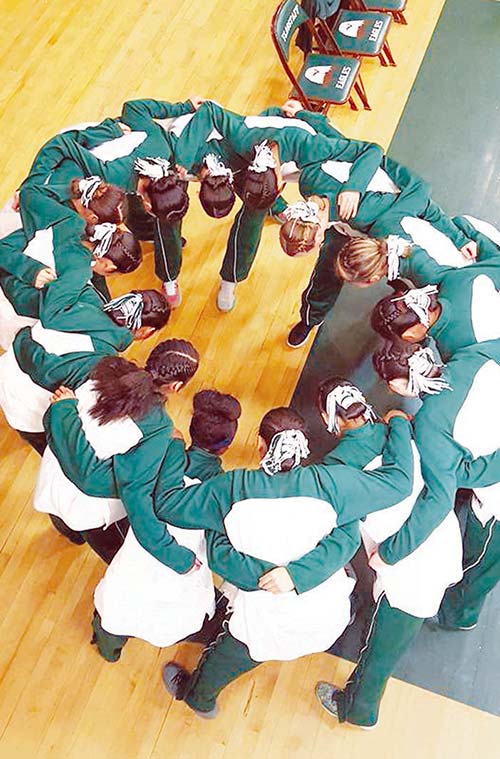 Submitted
The Flagstaff Lady Eagles bow their heads in prayer before their game against Greenway Tuesday night, showing their traditional hair buns. Pauline Butler, the aunt of one of the players, said the team says a prayer in Navajo, Hebrew and English before each game.

The Flagstaff Lady Eagles basketball team will be allowed to wear their hair in the traditional Navajo tsiyeel at future games, the Arizona Interscholastic Association said Thursday.

A referee’s decision at the team’s Tuesday game against Greenway to have the players take out the traditional buns and put their hair in ponytails was sharply criticized online and drew a statement in support of the girls from Navajo Nation President Russell Begaye.

Several teams in the Phoenix area and as far away as Richfield, Utah showed their support for the Eagles by tying their own hair in the traditional style.

The AIA said the ref had acted within his authority by prohibiting the buns, which he had deemed a safety hazard because of the dangling ends of string used to tie the hair, but the style will not be prohibited in the future.