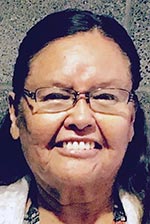 PAGE, Ariz. — On April 1, Ruby Benally Morton, beloved wife, mother, sister, aunt, and grandmother, passed away at the age of 73.

Ruby graduated in 1967 from the Sherman Institute in Riverside, California, spending summers working in Yosemite National Park. She studied and received her certification as an LPN. Ruby started her family in 1969 in Oakland, California, marrying and having her first child.

She lived in the Bay area and participated in the burgeoning urban American Indian community. Ruby was an early volunteer for the groundbreaking American Indian pre-school established at the Intertribal Friendship House in Oakland.

By 1976, she returned to northern Arizona, to the land and to the family that she loved. Ruby was a teacher’s aide in the Page Unified School District. She was a devout Christian and enjoyed spending the majority of her time volunteering at the Nazarene Church of LeChee, Arizona, and teaching Sunday school.

Memorial contributions can be made at https://PayPal.me/pools/c/8o4gXfunwh. All donations are greatly appreciated. 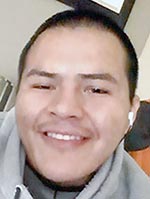 CRYSTAL, N.M. — Graveside service for Nekota Reece Holyan, 21, of Crystal, New Mexico, will be held today, April 16, at 10 a.m. at the family plot in Crystal, with Donald L. Pine, president of the LDS Branch, officiating.

There will be no reception due to the COVID-19 guidelines and precautions set in place by the Navajo Nation. Summit Funeral Home was in charge of arrangements. 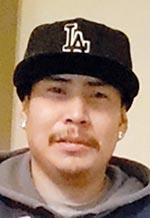 Wyatt enjoyed animals and was very social and talented in what he put his mind to. He loved building things and working on vehicles. His goal was to become a welder.

A reception will take place at a later date. Silver Creek Mortuary was in charge of arrangements. 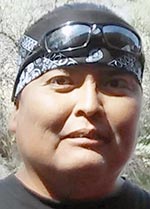 SHIPROCK — A private funeral service for Cordell Wilson Etsitty (Del) was held April 6 at the Desert View Funeral Home in Shiprock. He was laid to rest at the Kirtland/Fruitland cemetery in Kirtland, New Mexico.

Cordell was born Jan. 6, 1979, in Shiprock, to Wilbur and Betty (Cayedito) Etsitty, into the Tó’aheedlíinii (Water Flow Together Clan), born for Bit’ahnii (Under His Cover Clan). His maternal grandfather is Ta’neeszahnii (Tangle) and paternal grandfather is Tódích’íi’nii (Bitter Water). He passed away March 27, 2020, at the San Juan Regional Hospital in Farmington.

Cordell was a lifetime resident of Little Water, New Mexico. He graduated from Newcomb High School in 1997 and attended one year at San Juan College. Cordell worked at Sun Glass for several years, Glass Company of Albuquerque, 4 Corners Glass, Inc. in Farmington, and Safelite in Farmington.

He then started his own business, Cordell Windshield Repair. Cordell enjoyed being with family, helping his parents at the ranch and around the house, camping, fishing, and watching the Steelers play and Michigan State basketball.

Cordell will be missed dearly by all, but he is forever in our hearts.

The Etsitty family would like to thank everyone for their heartfelt condolences, prayers and donations. A memorial celebration of life service will be held at a later date. Shiprock Desert View Funeral Home was in charge of arrangements. 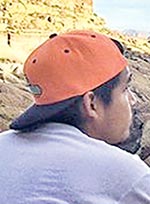 Joshua was very creative and artistic. He loved photography, trips to California, camping, hiking, and had a passion for music of all genres.

Joshua had a way about him that touched the hearts of each person he met. He lived life to the fullest with respect and appreciation for all things.

Joshua is preceded in death by his mother, Sharon Deanna Platero. Joshua will be laid to rest next to his mother in Marysvale, Utah. Due to the current COVID-19 pandemic, there will be a celebration of life memorial service at a later date not yet determined. Wyman Cremation and Burial Chapel is in charge of arrangements. 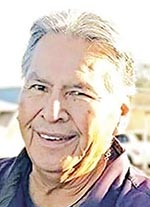 Every year Roland turned a year older he would say he still felt 16 – may you be forever 16. Roland touched the lives of many and will always be remembered with love as a wonderful husband, father, grandfather, nali, great-grandfather, uncle, cousin, friend, clan relative and involved community member.

Roland is preceded in death by his mother, Martha Dixon; father, Dean Dixon; sister, Alberta Mae Dixon; brothers, Charles Dixon, Hayes Dixon and Danny Dixon; and grandson, Beau Lem. Graveside service and reception will be held at a later date at the Arizona Veterans’ Memorial Cemetery at Camp Navajo in Bellemont. Arrangements will be made by Norvel Owens Mortuary.

Lewis is preceded in death by his parents, Cyril and Mary Silversmith; brother, Tommy Silversmith; and sons, Travis Silversmith and Chadwick Silversmith. The family will announce a memorial at a later time.

Angela was born July 30, 1955, in Richmond, Virginia, into the Chickahominy Tribe Turtle Clan, born for African American. She passed away April 2, 2020, in Gallup.

Angela received a master’s degree in health services management from Western Michigan University and was employed at Navajo United Way as executive director. She was also a grant writer for St. Michaels Association for Special Education.

GALLUP — Graveside service for Mary Francisco, 94, of Baca/Prewitt, New Mexico, will be held Friday, April 17, at the Sunset Memorial Park in Gallup, with Florence Barker officiating.

Johnny was born April 9, 1942, in Crownpoint, into the Tó’aheedlíinii (Water Flow Together Clan), born for Kiyaa’áanii (Towering House Clan).

He passed away Feb. 7, 2020, in To’hajiilee, New Mexico. Johnny graduated from Fort Sill Indian School in Oklahoma, and earned an associate’s degree in biblical studies at Abilene Christian School.

Johnny was self-employed as a silversmith of turquoise jewelry and was a former Navajo police officer. He was drafted into the Army as an infantryman (Korea) and was an EMT paramedic. He also worked with the Bureau of Indian Education and Canoncito Community School.

Johnny enjoyed making and designing turquoise jewelry and selling at the Santa Fe Plaza. He loved being with family in the outdoors and loved watching football and basketball.

Honorary pallbearers were Otis and Travis Manuelito. A reception took place at the To’hajiilee Chapter House. Daniels Family Funeral was in charge of arrangements.