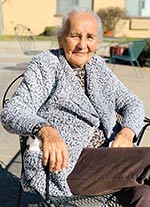 Sarah attended Chilocco Indian School in Oklahoma, and was a homemaker who enjoyed sewing and weaving.

A grab-and-go reception will take place at the burial site. 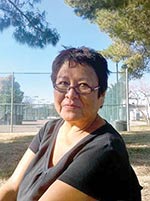 Isabelle is preceded in death by her husband, Jones Dakai; and parents, Maebelle and Herbert Jake Charley. 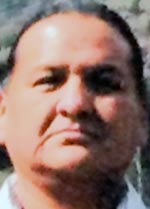 Henry was born Oct. 11, 1962, in Shiprock, to Alberta Yabeny and Henry Yabeny Sr., into the Hooghan Łání (Many Hogans Clan), born for Tó’aheedlíinii (Water Flow Together Clan). He passed away Nov. 16, 2021, at Abrazo Central Hospital in Phoenix.

Henry lived in Leupp, Arizona, and was raised in Shiprock and Beclabito, by Lilly Yabeny and the late Navajo Nation Councilman Wilfred Yabeny.

Henry went to school in Shiprock and participated in wrestling, football, track and field (threw shot put and discus), and played the trumpet in band. He graduated from Shiprock High School in May 1980.

Henry worked for Navajo Tribal Utility Authority on the “Line Crew” for a few years. After that, he went to school for carpentry in Phoenix, where he met his significant other, Denise Lee.

Henry and Denise worked for Osmose Utilities for many years. He was an electric line tech, working with underground and overhead electric lines. He enjoyed his work with Osmose and worked with Denise travelling to Wyoming, Idaho, Utah, Montana, Ohio, and where Osmose needed them to be.

Henry also liked to keep up-to-date with the news and liked to go the casino(s). He kept in touch with his numerous cousins and coworkers and will be deeply missed by all who knew him.

The family of Henry would like to thank Kirtland Cope Memorial staff, Beclabito Chapter and community members, Twin Arrows Casino, and other family and friends who helped with donations, support, and prayers. 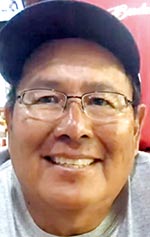 ALBUQUERQUE — Funeral services for Kevin Charles Barton, 58, of Albuquerque, will be held Friday, Dec. 3, at 11 a.m., at Garcia Mortuary in Albuquerque. Viewing for family members will take place from 9 a.m. to 10 a.m., followed by public viewing from 10 a.m. to 11 a.m. Live streaming of the service will be available for individuals who cannot attend.

Kevin was born March 7, 1963, in Albuquerque, to Raymond and Kathleen Barton, into the Tódích’íi’nii (Bitter Water Clan), born for Táchii’nii (Red Running Into the Water People Clan). He died unexpectedly on Nov. 20, 2021, after being involved in a fatal car crash. His loss was completely unexpected and family, friends, as well as the community, are shocked and deeply saddened.

Kevin attended Gallup High School and was passionate about sports, his family, and bringing joy to anyone he encountered. After graduating high school, he attended college at Northern Arizona University in Flagstaff, as well as Arizona State University in Tempe, Arizona.

Kevin worked with the Bureau of Indian Affairs and was newly promoted to a position as supply management officer with the Division of Property-OFPSM. He has been with the BIA for 31 years and was looking forward to retirement this coming April. He was recently given an award for outstanding rating performance and was very proud of moving to an office with a window.

Kevin was very involved in the sports world. He was part of a men’s fast-pitch team, the Albuquerque Sun Devils, which he coached and played with many victories.

Anyone who knew Kevin, knew that he was the life of the party and always full of jokes and laughter. He had an immense passion for his children and was always a source of positivity, mentorship, and discipline. His greatest accomplishment he recognized was raising and seeing both his daughters graduate high school as a single father.

Kevin’s family and friends will miss him more than words can say.

Contributions in memory of Kevin can be made to https://linktr.ee/KevinBarton.

To view information, streaming, or to leave a condolence, visit www.garciamortuary.com. 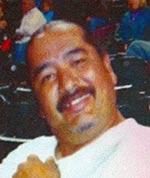 GALLUP — Funeral services for Duane Quintana, 58, of Fort Defiance, will be held Saturday, Dec. 4, at 11 a.m., at the Church of the Holy Spirit (1334 Country Club Drive) in Gallup, with Rev. Diana Hill officiating. Burial will follow at the Rabbit Brush cemetery in Rabbit Brush, New Mexico.

Duane was raised by his grandparents and attended Whiteriver Junior High School and Window Rock High School. He was a veteran of the U.S. Army Reserves and worked as a chef and supervisor of a fencing company.

Methusela retired from the U.S. Air Force and was a father figure to his nephews and nieces.

Methusela is preceded in death by Timothy Damon.