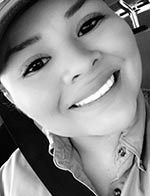 Dalenna graduated from Crownpoint High School in 2013 and attended Navajo Technical University. She was employed as a team leader at Whataburger in Scottsdale, Arizona, and participated in Students Against Uranium Mining and DECA. Dalenna enjoyed making music, watching Netflix, journaling and playing Panda Pop. 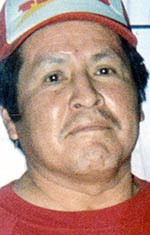 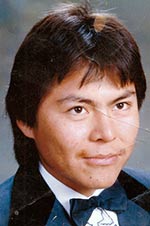 GANADO, Ariz. — Gravesite service for Darrell Bitsuie, 50, of Ganado, Arizona, was held Feb. 7 at the family plot in Ganado, with Mathew Noble officiating.

Darrell attended Ganado High School, Wingate High School and retired as a construction worker. He was a pianist who enjoyed artwork and was a Dallas Cowboys fan.

Darrell is preceded in death by his father, Alfred Bitsuie; and grandparents, Mary Todacheenie and Charlie Roanhorse.

Raymond was born Jan. 21, 1932, in Ojo Encino, New Mexico, into the Hashtl’ishnii (Mud Clan), born for Ta’neeszahnii (Tangle Clan). He passed away Feb. 9, 2019, in Albuquerque. Raymond attended Intermountain Indian School and worked as a trackman for 15 years with Union Pacific Railroad.

Theresa worked as a general manager at Arby’s in Winslow, Arizona.

She loved to make homemade crafts and enjoyed stringing beads, coloring with her son, listening to music, meeting new people and making friends.

Daniels Family Funeral Services-Alameda Mortuary was in charge of arrangements.