Diane was employed at the Flagstaff Guidance Center for 15 years in different capacities. She always expressed her happiness with her place of employment and felt blessed to work with the people there, and the clients she interacted with.

Diane is survived by her children, Uriah Reinbolt and Ora Reinbolt of Ohio; brothers, Homer of Phoenix, and Stacey of Leupp, Arizona; sisters, Mary, Lolita, Vida, and Jennie of Leupp and Colorado; and six grandchildren, one great-grandson and numerous nieces and nephews.

A graveside service of remembrance will be held today, June 11, at the Desert View Cemetery in Winslow. Masks are required. 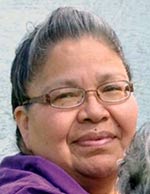 DALTON, Ga. — Geraldine L. Hadley, 55, was called to Heaven on June 3, 2020. She was born May 17, 1965, in Tuba City, into the Naasht’ézhí dine’é Tábaahá (Zuni/Water’s Edge Clan), born for Tódích’íi’nii (Bitter Water Clan). Her maternal grandfather’s clan is Ta’neeszahnii (Tangle) and her paternal grandfather’s clan is Hashk’aa hadzohí (Yucca Fruit-Strung-Out-In-A-Line).

Geraldine was a dedicated associate of Wal-Mart for a total of 31 years. She lived in Chattanooga, Tennessee, and Dalton, Georgia, for the past 24 years. Geraldine was loved by many and will be deeply missed. 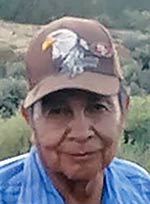 Wilmer was employed with Dallago Corporation and Navajo Housing Authority. He also worked as a preschool bus driver, heavy equipment operator and mechanic.

Marilyn was born March 14, 1965, in Crownpoint, into the Kiyaa’áanii (Towering House Clan), born for Tl’ááshchí’í (Red Bottom People Clan). She passed away June 4, 2020, in Crownpoint. Marilyn graduated from Wingate High School in 1984 and from the culinary arts program at Navajo Technical University in 2001.

Daniel completed the 6th grade in Teton, Idaho, and was employed as a rancher for 30-plus years. Daniel is survived by his brothers, Paul Wauneka, Jerry Wauneka and George Wauneka; and sisters, Mary Jane Nez, Ellamae Thompson, Marilyn Murphy, and Louise Murphy.