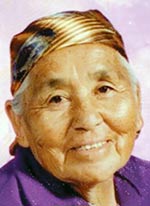 CHINLE — Funeral services for Ebah Hardy, 92, of Del Muerto, Arizona, will be held today, March 19, at 10 a.m. at the Chinle Potter House with Artie Aragon officiating. Burial will follow in Del Muerto.

Ebah was born Dec. 31, 1928, at Sunny Trail in Del Muerto, into the Áshiihí (Salt People Clan), born for Naakai dine’é (Mexican Clan). She passed away March 15, 2020, in Del Muerto.
Ebah was a farmer and rug weaver who enjoyed attending revivals.

Pallbearers will be family members.

A reception will take place at the Worship Center in Del Muerto, following services. 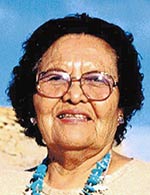 Rose was employed with Indian Health Services and enjoyed collecting dolls, sewing, quilting, ranching, playing the harmonica and loved being with family. 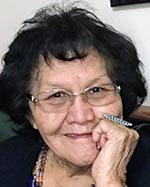 WINSLOW, Ariz. — Funeral services for Marie M. Dayzie, 80, will be held today, March 19, at 10 a.m. at the Winslow Funeral Home in Winslow, Arizona. Burial will follow at the Desert View Cemetery.

Marie was born in Keams Canyon, Arizona. She entered into rest on March 10, 2020, in Torrance, California.

Marie was a 1957 graduate of Sherman Indian Institute, located in Riverside, California, where she met and would marry her high school sweetheart, Jimmie Dayzie. They moved to Los Angeles and started a family.

Because Marie was skilled at sewing she became a seamstress and helped provide for her family for more than 25 years. She loved sewing and made clothing for her family and loved ones. She also loved cooking for everyone and enjoyed spending time with her grandchildren.

Arrangements are being handled by Greer’s Mortuary.

WINSLOW, Ariz. — Graveside service for Jonathan Dean Chee, of Phoenix, will be held today, March 19, at 11 a.m. at a burial site in Winslow, Arizona, with Ron Little officiating.

Jonathan attended Thunderbird High School in Phoenix, and was employed as a disc jockey and drawshot pool player.

Jonathan is preceded in death by his uncle, Roland E. Keams; and grandfather, Eddie Keams.

A reception will take place at the United Methodist Fellowship Hall, following service.

Cordan graduated from Thoreau High School and received an associate’s degree in culinary arts from Navajo Technical University. He was self-employed at the time of his death.

A reception will take place at the Thoreau Church of God Fellowship Hall, following services.

Melissa was born Dec. 18, 1969, in Fort Defiance, into the Táchii’nii (Red Running Into the Water People Clan), born for Dibélzhíní (Black Sheep Clan). She passed away March 11, 2020, in Flagstaff.

Melissa received a high school diploma and training in Albuquerque, and attended nursing school in Mesa, Arizona. Earlier in her life, she worked in the credit department at the Navajo Nation offices.

PINEDALE, Ariz. — Funeral services for Buddy B. Morgan, 83, of Phoenix, were held March 17 in Pinedale, Arizona.

Buddy is a 1958 graduate of Riverside Indian School in Anadarko, Oklahoma. He received a degree in industrial arts in 1960 at Haskell Indian Junior College in Lawrence, Kansas.

Buddy enjoyed painting Native artwork, taking pictures, traveling and being with his children and grandchildren.