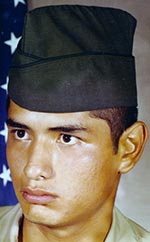 Service will be held at the Romero Family Funeral Home in Denver (date to be determined). Burial will follow at the Rabbit Brush cemetery.

Duane attended Whiteriver Junior High School and Window Rock High School. He was a veteran of the U.S. Army Reserves and worked as a chef and supervisor of a fencing company.

Romero Family Funeral Home is in charge of arrangements. 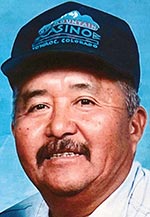 Henry was born Aug. 18, 1940, in Nazlini, Arizona, into the Deeshchii’nii (Start of the Red Streak People Clan), born for Táchii’nii (Red Running Into the Water People Clan). He passed away Sept. 9, 2021, in Albuquerque.

Henry attended Chinle Boarding School, Intermountain Indian School and Phoenix Indian School. He was employed at NFPI for 6.5 years, Nazlini Chapter House as a maintenance man, Pittsburgh and Midway McKinley Mine as a welder helper, and truck driver for Rimpull where he worked for 21.5 years, retiring in July 1996.

Henry loved his children and grandchildren very much. He spent time with his wife at home, traveling, having coffee and apple pie at McDonald’s, and going to the sheep camp in the mountains. 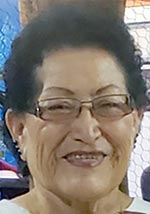 Arlene attended Chinle High School and worked as a caretaker along with working at a daycare. In her earlier years she was a bus driver and preschool teacher.

Arlene enjoyed and valued going to church, leading her local church as a song leader, sewing, cooking, baking, and helping her husband as they both said, “She was his eyes and he was her ears.”

Arlene is preceded in death by her parents, Mary and Morris Draper; and eight grandchildren.

A reception will take place at Arlene and Roger Hardy’s residence in Del Muerto, following service. 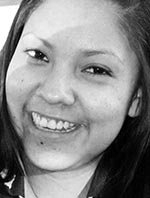 HOUCK, Ariz. — Graveside service for Shawna Tiayrra Ashley, 34, of Burntwater, Arizona, will be held today, Sept. 23, at 9 a.m., at the Houck community cemetery in Houck, Arizona, with Elouise Castillo officiating.

A curbside reception will take place at the Good News Mission in Houck, following service.

Cope Memorial Mortuary of Gallup is in charge of arrangements. 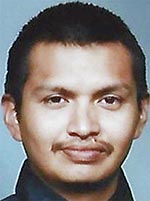 Archie was employed with BIA Forestry as a wildland firefighter and also worked for the Navajo Tribal Utility Authority.

Archie is preceded in death by his mother, Melissa Archie; sister, Alanna Archie; and grandparents, William and LaVerne Archie, and David and Teresa Notah.

The family will receive relatives and friends after the service for a drive-thru reception at the St. Michaels baseball field (east of the Catholic Church) in St. Michaels, Arizona.

NAZLINI, Ariz. — Graveside service for Tommy Hubbard, 80, will be held Friday, Sept. 24, at 10 a.m., at the Nazlini community cemetery in Nazlini, Arizona.

Tommy was born into the Táchii’nii (Red Running Into the Water People Clan), born forTábąąhá (Water’s Edge Clan). He passed away Sept. 15, 2021, in Phoenix.

Tommy was a veteran. He served in the U.S. Air Force and was honorably discharged.

Tommy graduated from the University of Arizona with a bachelor’s degree in education. He was a teacher at Nazlini, during the years that it was a boarding school and when it transitioned to a community school. He was previously employed as a dorm supervisor, volunteer community fireman, coach (football, baseball, basketball, cross country), counselor, vice principal for a short time, fundraiser coordinator, and was a student activities liaison.

Tommy’s hobbies included playing the guitar, gardening, hiking, running, swimming, traveling, fishing, reading the newspaper, watching sports on TV, going to bingo with his wife, being proactive in the community, and he loved to be with his children, family, and friends.

The Hubbard family will not host a reception following the service.

The family said, “We are still in a pandemic. CDC and Navajo Nation guidelines will be practiced to protect family and friends. We extend our condolences and prayers to everyone who has lost a loved one. Please continue to be safe and take care of one another. Thank you.”

FORT DEFIANCE — Graveside service for Rhonda Kay Anderson, 56, of Phoenix, will be held Monday, Sept. 27, at 10 a.m., at the Damon Family Cemetery in Fort Defiance, with Rev. Leon Sampson officiating.

Rhonda graduated in 1978 from Central High School in Phoenix, and was employed with the State of Arizona. She enjoyed spending time with her children and grandchildren.

Bruno is survived by his mother, Annie B. Alfred of Standing Rock; brother, Joelsen Yazzie of Coyote Canyon, New Mexico; and sisters, Joely Yazzie, Jolanda Armstrong and Sabrina Alfred, all of Standing Rock.

Carlton was born Sept. 5, 1991, in Fort Defiance, into the Chiricahua Apache, born for Tsenabahiłnii (Sleep Rock People Clan). He passed away Sept. 15, 2021, in Mesa, Arizona.

Carlton graduated from Valley High School and was employed as a welder’s helper with Sthel Corporation. He enjoyed playing video games, football, and watching wrestling.

GALLUP — Funeral services for Lucas Lee, 27, of Gallup, will be held Friday, Sept. 24, at 1:30 p.m., at Rollie Mortuary in Gallup, with Alvin and Agnes Cayatineto officiating. Burial will follow in Gallup.

Lucas worked at Wendy’s, Subway and Allsups. He enjoyed listening to music and was a Dallas Cowboys fan.

Lucas is preceded in death by five uncles and his grandparents, Jennie and Kee Johnson.

A reception will take place at the Johnson residence, following services.