The “Climate Adaptation Plan for the Navajo Nation,” prepared by the Department of Fish and Wildlife, has been sitting on the shelf for months. 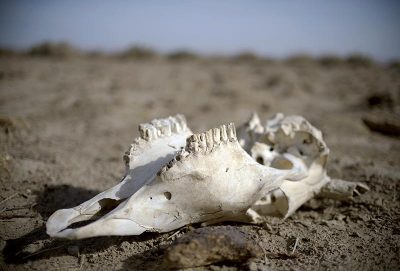 Navajo Times | Donovan Quintero
A bleached horse skull lies on the sand of the Navajo Nation. Climatologists say the Nation is in a “megadrought” that started in 1996.