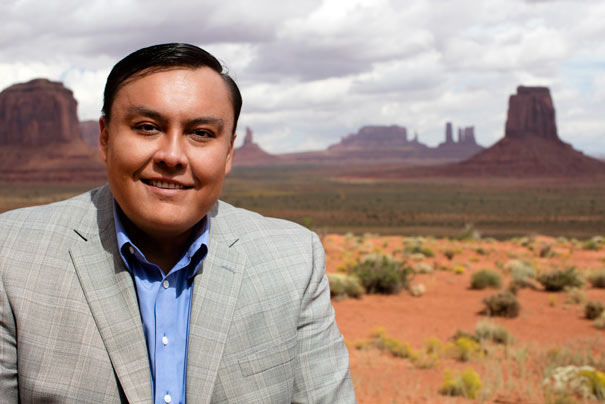 The man who seeks to be the first Diné in Congress says he’s the perfect choice to take over Ann Kirkpatrick’s Arizona Dist. 1 seat.

Born into a prominent Navajo clan on one side and a long line of Mormon pioneer traders on the other, Shawn Redd says he’ll bridge the sprawling district’s racial divide and be a champion for the economic development sorely needed in rural Arizona and across the U.S.

One more thing: He’s running as a Republican.

Since Navajos overwhelmingly vote Democratic, “People have told me, ‘You should run as a Democrat,’” Redd said. “But that’s not who I am. I’m a Navajo Republican.”

And Redd says that if Republicans are smart, they’ll vote for him over his four white competitors in the primary: Gary Kiehne, Ken Bennett, Paul Babeu and David Gowan.