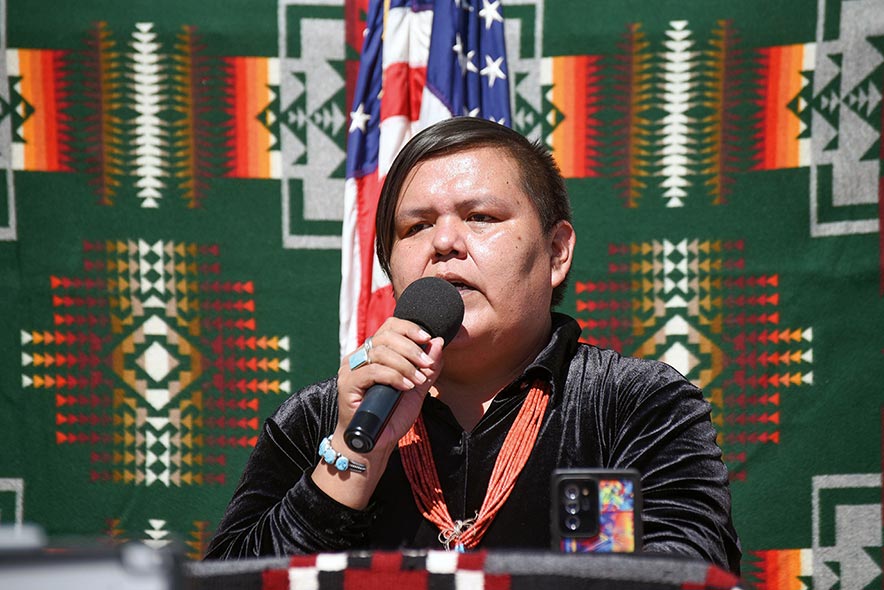 Earl Sombrero stood before many of his people Saturday and announced he would seek the 2022 nomination for Navajo Nation president.

Sombrero, 40, the chapter manager for Ts’ahbiikin Chapter, laid out why he wants to run for president and presented himself as an agent of hope and change.

He could transform the Navajo government faltered by cynicism, corruption, and clean house in the Nation’s capital, he said.

Sombrero is embarking on a campaign to become the Nation’s next leader defending and speaking not only for his people but also the unheard voices across Diné Bikéyah – work he said he’s been doing for the locals for a decade.

He didn’t make any specific policy promises during his speech, but he pointed out several concerns, such as equitable energy economy, water, housing crisis, policing in the Navajo Nation, and booming up job growth and benefits as the rate of inflation has risen throughout the world.

“I will stand with you,” Sombrero told his supporters Saturday morning. He speaks fluent Navajo and speaks it flawlessly.

“There are so many issues that need to be taken care of,” he said. “And we need bold solutions to fix the Navajo Nation’s problems.

“We need to deliver action and relief for our people as the Nation grapples with converging crises,” he said.

“What would happen if we changed the product of our thinking?” he asked. “We need a political realignment to begin to solve big problems.

“I was raised by my paternal grandmother, Mazie Blake,” Sombrero said Dinék’ehjígo.