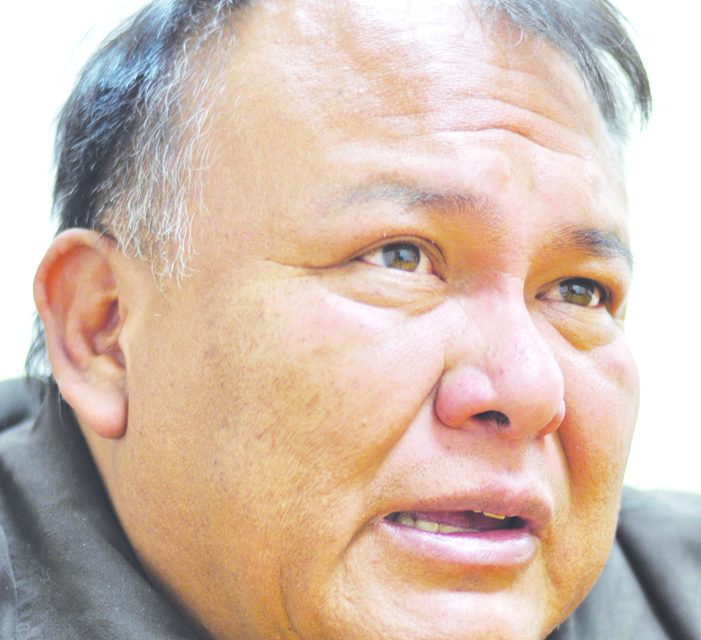 Two weeks after Kayto Sullivan, 46, fell 11 stories onto a concrete surface at the Four Corners Power Plant, his late mother sat him down and told him of her dreams about his future.

In his mother’s dreams, after his long fall to near-death, an angel’s white wings lowered Sullivan to the concrete slab. According to his late mother, the angel had saved him.

Her other dream told of how Sullivan talked publicly in a huge auditorium to followers. His mother explained to him how she tried to call him and get his attention in this crowded atmosphere, but the dream ended before she could do so.

About a month after this exchange, Sullivan said he lost his mother and an older sister in a vehicular accident. A drunk driver killed them, he said.

That was 1999, and the conversation with his late mother now inspires his run for Arizona’s 1st congressional district in the 2016 U.S. Election.

“I want to be a voice for the people,” Sullivan told the Times, announcing his candidacy as a Democrat for the U.S. House of Representatives. “People (politicians) promise all kinds of things, but they do not listen to the people.”

While employed in the coal industry for several years, Sullivan also gained experience working in the community with the Seventh Day Adventist Church in Kayenta and from being a former park manager for Monument Valley Tribal Park.

With his church, he helped establish social service programs, including a “Welcome Baby Program,” in the community. This program featured parenting resources for new parents to help care for their newborns.