Bizardi, who coached previously at Tuba City and Greyhills Academy, said there are some challenges to overcome as his players are beginning to understand his philosophy.

“We have to get on the same page and if we do that I think we’ll have a good year,” Bizardi said at last Thursday’s four-team scrimmage they hosted. 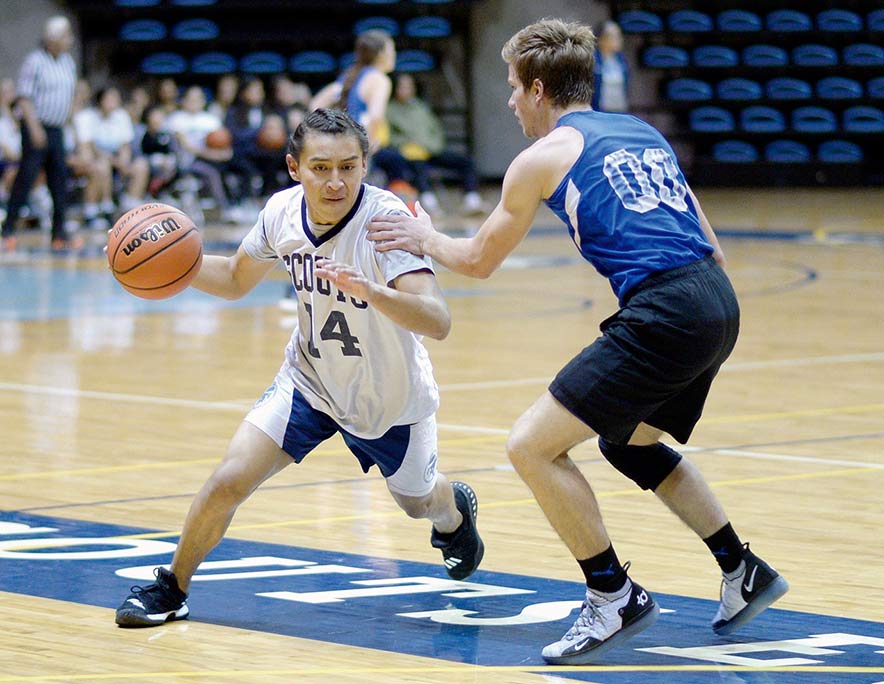 “I don’t know how well they played last year but I just want to change the whole program here,” he said. “I want to make them understand that structure and organization are very important.

Bizardi said he wants his team to be solid on both sides of the court. He said he’s looking to do things differently from what they have done in the past.

“We need to make sure we execute defensively and offensively,” he said. “This is going to be a building process and one thing I’m trying to do is beat out bad habits.”

As a defensive-minded coach, Bizardi said he wants the opposing team to earn their points.

“We are not going to trade baskets,” he said. “That is not how I like to play. I don’t give up lay-ups for lay-ups so I want to make sure they get stops.”

Offensively, Bizardi said he’s looking to have his team spread the floor with more ball movement.

Bizardi stressed that everyone on the team is important. He said the five guys on the court have to work with one another.

“They need each other and it’s a necessity that they use each other,” he said. “In the past they used to rely on one guy taking the ball to the hoop but we need to change that.”

Last season the Scouts finished the year at 15-14 with a senior-heavy group as they return four lettermen. The returning players include seniors Derian Long, Adrian Destea and Marian Ynzunza and junior Cauy Silversmith.

“I have a pretty good first group but they have to understand that we have to get the best shot,” he said. “We don’t want them to go one-on-one so what we want is getting the best shot.”

The Scouts are scheduled to play in the Sedona and Chandler Prep tournaments next month. Bizardi said those tournaments will give him an idea of how his team stacks up.

“We’re going to see some height, speed, and strength at those tournaments,” he said. “It’s something that I want our boys to be exposed to.”

Bizardi said his varsity team will consist of 11 players with one transfer student sitting out the first semester until he’s eligible.

“I kind of went small,” he said of his squad.

As for the 3A North Region race, Bizardi said he can’t say where his team is going to finish but he’s hoping to be in the top half of the league standings.

“We have to take it game by game but if they buy into what I’m trying to teach them I would like us to finish in the top two or three in our conference,” he said. “That is what we’re going to aim for.”