Senior Joaquin Billy from Magdalena High has had a successful year in sports playing track and field and football. The football season concluded recently, but he was chosen to play on the Small School All-Star Football team. 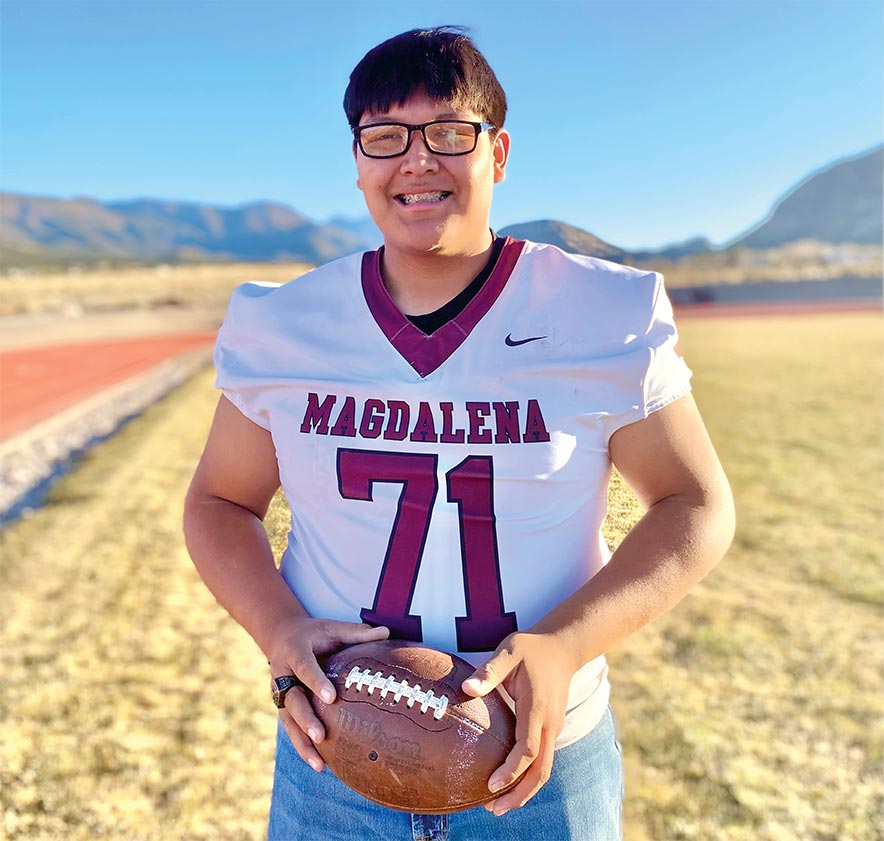 “I’m not sure how I feel,” Billy said. “I feel like there’s a lot of centers our there who are better than me, but I was very surprised. It’s very cool.”

This season, Magdalena High had a good season; they were first in their district and had a four-game victory streak that was ended by one touchdown made by Logan High in the quarterfinals of the championships.

Magdalena Football Coach Ryan Romero said he was happy that his nomination of Billy for the All-Star team was accepted, saying that Billy was a great athlete and person.

“He is one of the players on the team that worked incredibly hard through the summer and the season, and he was just a guy that we rely on big time for the team,” Romero said.

Romero always sees Billy working hard motivating his teammates and keeping up spirits with his good attitude. He appreciates that Romero is always asking questions to get better and is always working to improve.

It can be nerve-racking getting ready to play against a challenging team, but there is also an air of excitement as they get ready together like a family. And it also feels great celebrating a win together as well.

Romero said that the school and community is proud of Billy and wishes him luck at the All-Star game.

“I’ve been a coach for two years and hers been a good role model for the younger kids and for his community members,” Romero said. “I just really appreciate that about him and we’re real proud of him here.”

Billy will be playing center, the position he’s been playing this season and the All-Star game is scheduled to play at Roswell this Saturday. He said he is feeling both nervous and excitement.

Still, he is looking forward to it and hopes it will be a good game.

“It was a nice ride this season, its really cool I really enjoyed it,” Billy said. “Thank you to everybody that have helped me, my family and my teammates and just everybody who have supported me, it was pretty fun.”