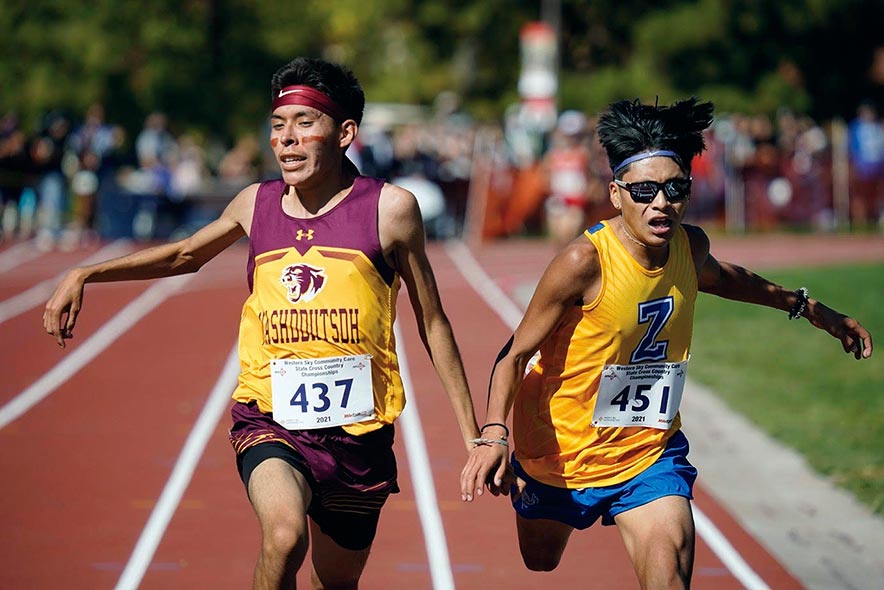 The Tohatchi boys’ cross-country team didn’t win the 3A state crown in New Mexico, but the Cougars got an individual title from Melvin Scott Jr.

The Tohatchi senior found another gear to edged chief rival Kameron Eustace of Zuni at the finish line, winning the state title by a mere three-hundredth of a second.

His triumph helped him secure a slot on the Times’ Runner of the Year award.

“This is a huge accomplishment and I feel good about this,” Scott said, while adding that he peaked at the right time of the season to win the state title.

“That was my last high school race, so I had to get it together,” he said.

Scott said he didn’t expect to be chosen as the co-runner of the year, but Tohatchi coach Fern Spencer said his selection was well deserved.

“I think it’s awesome because he worked hard all season long,” she said. “He did what he had to do and that was the final icing on the cake when he came in first at state.

“We’re all proud of him here at Tohatchi High,” she said. “And, of course, his relatives are proud of him too. He deserved it and he just kept after and after it.”

In his state debut, Gene placed fourth at the Arizona Division III state meet, covering the 5K-course in 16:33.6.

“I really wanted to make state,” Gene said. “That was my big goal this year and I ended up fourth.”

And although he had never run in a state meet, the Holbrook senior felt confident about his chances going into last month’s race.

“I didn’t run last year because of COVID and my sophomore season I didn’t make state, but I ran at home though,” he said.

Gene said he didn’t expect to be named co-runner of the year, but he feels that he worked hard to earn this award.

“It caught me off guard, but I feel like my hard work has really paid off,” he said.

In the Division III race, Slivers completed his race in 16:34.2, finishing third overall.

This past season, Slivers won five meets including the David Charles Invite at Rehoboth Christian, the Curtis Williams Invite in Gallup and the Window Rock Invite.

Slivers also captured the 2A North and 2A sectional crowns.

The recipients for coach of the year went to longtime Zuni coach Chris Carroll and first-year Page coach Brandon Dugi.

Under the tutelage Carroll the Thunderbirds captured the school’s 21st state title, which is second best behind Laguna-Acoma.

Zuni finished with a team score of 32 points, beating out district rival Tohatchi for the blue trophy. Tohatchi came in a close second with 45 points.

The Sand Devils placed three runners in the top 25 headed by the 16th-place finish from Colton Yazzie, followed by Cody Slim (24th) and Tanner Dugi (25th). 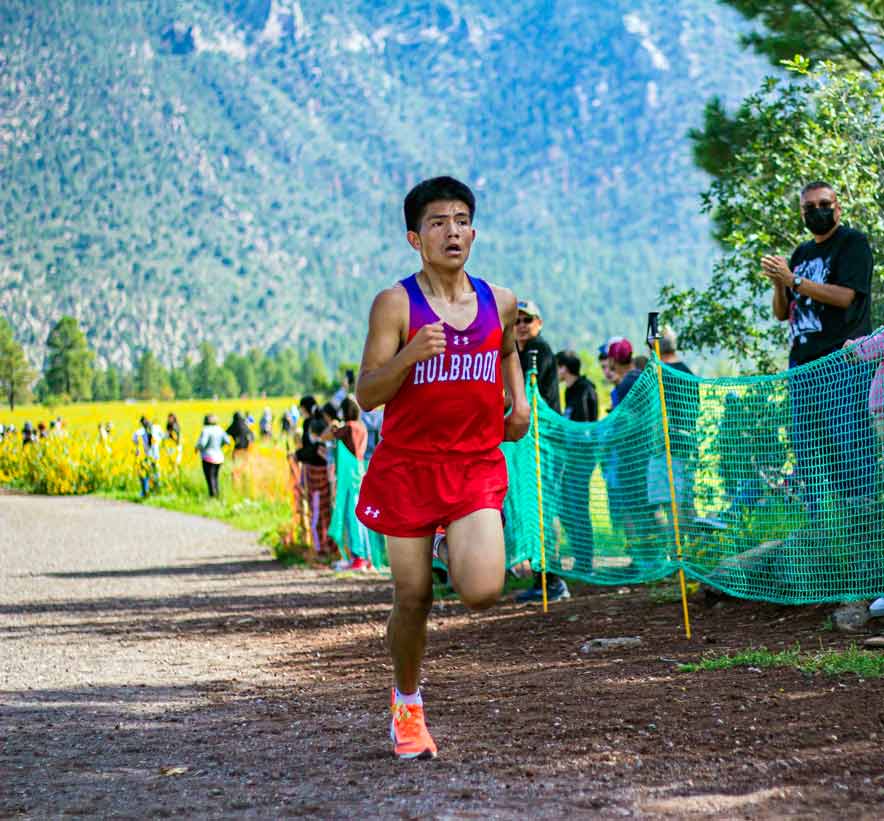 File photo
Holbrook’s Namath Gene keeps his pace during the 2021 Peaks Invitation on Sept. 4. Gene was tabbed co-runner of the year.