The Arizona Ridge Riders acquired Keyshawn Whitehorse on Thursday as a free agent for the inaugural PBR Team Series. 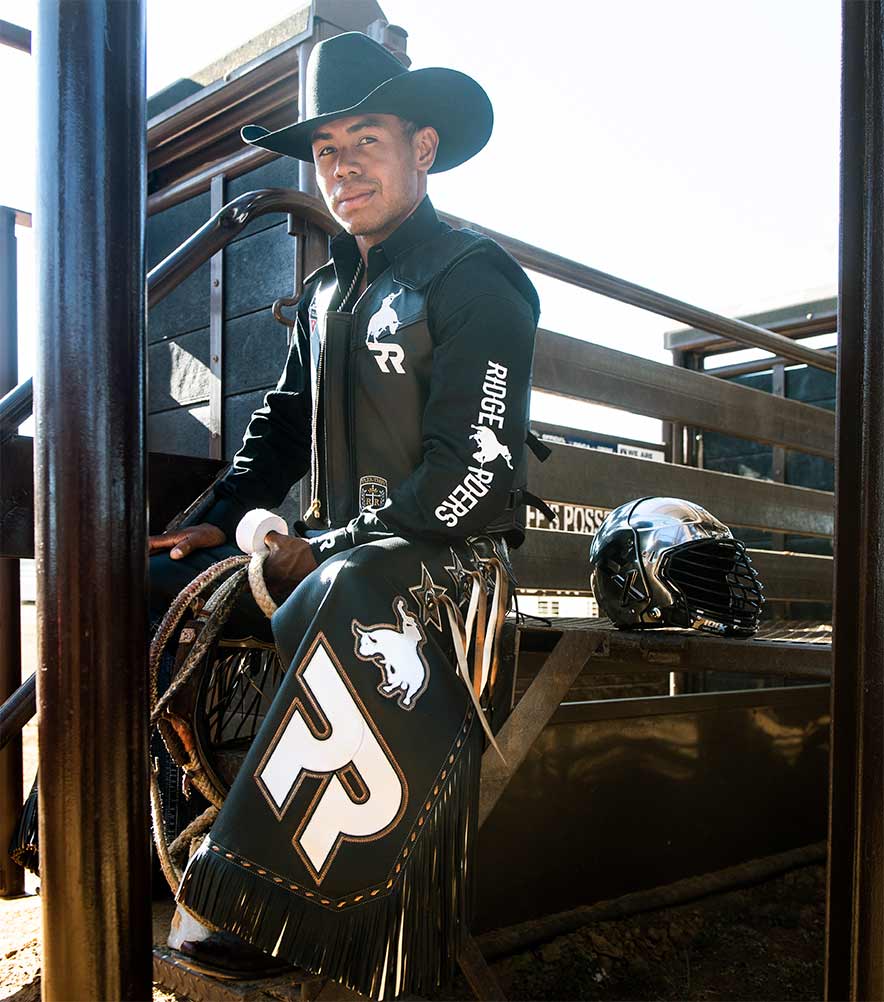 Courtesy photo | Click Thompson
Diné bull rider Keyshawn Whitehorse signed as a free agent with the Arizona Ridge Riders on Thursday. The inaugural PBR Team Series starts on July 25 and 26 at the Cheyenne Frontier Days. The series will have 12 events, finishing with the PBR Team Series Championship in Las Vegas at the T-Mobile Arena Nov. 4 to 6.

Whitehorse said he’s blessed to have signed with the Arizona team and he’s looking to make a strong impression.

“I’m just super ecstatic about it,” he said. “I’m pretty happy to be able to sign on with the Arizona Ridge Riders.

“Honestly,” he said, “it’s one of the few teams that I wanted to be on, so I have no problems signing with a great program like the Ridge Riders.”

The team series will have 11 events starting with the Cheyenne Frontiers Days July 25 and 26.

There are eight founding teams and the 2022 season will have 10 regular season events with each team hosting a three-day event in their respective cities.

The Ridge Riders will host the final home-to-home series on Oct. 14 to 16 at the Gila River Arena in Glendale, Arizona.

Whitehorse is expecting a huge following from the Native American community as a member of the Ridge Riders.

The season will end with the PBR Team Series Championship in Las Vegas at the T-Mobile Arena Nov. 4 to 6.

“Coming into this team format, I know it’ll be great for everybody, from the young guys to the older guys,” Whitehorse said.

With each team selecting a seven-team roster by July 18 with five starters and two alternates, Whitehorse said the selection process will be competitive.

“Everybody is going to be fighting for a position,” he said. “Every position is not solidified, so there is a chance that you can get benched and not compete at all.

“It’s gonna be competitive and the cream of the crop is gonna be the ones starting,” he added. “They’re going to try and win every event, and they’re gonna challenge every team.”

Whitehorse said being selected as a free agent has made him more driven, especially after a so-so season during the Unleash The Beast Tour, that ended in May at the PBR World Finals in Texas.

“To be honest, I’d rate myself as a two,” he said. “You know, I made some good rides and I stayed on the tour for the whole year, but I didn’t showcase anywhere near my talents and abilities.

“I know there is more that I could have done,” he added. “After the world finals I spent time reflecting on how my season went and I felt like it was a huge disappointment.”

Whitehorse said making the Ridge Rider team is another opportunity for him to redeem himself, and he’s not going to waste it. In preparation, he’s been working on his game.

“I’ve kind of revamped everything,” he said. “I went back to the basics, so I’ve been working on my fundamentals.

“I’m feeling good right now, and I’ve been on the road getting on as many bulls as I can.”