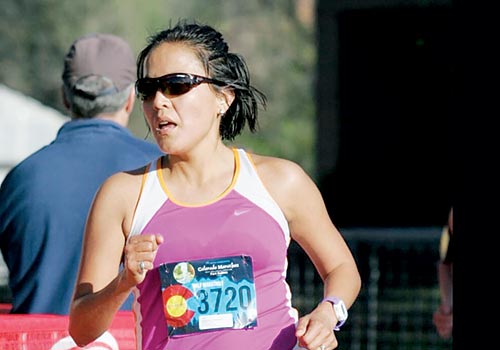 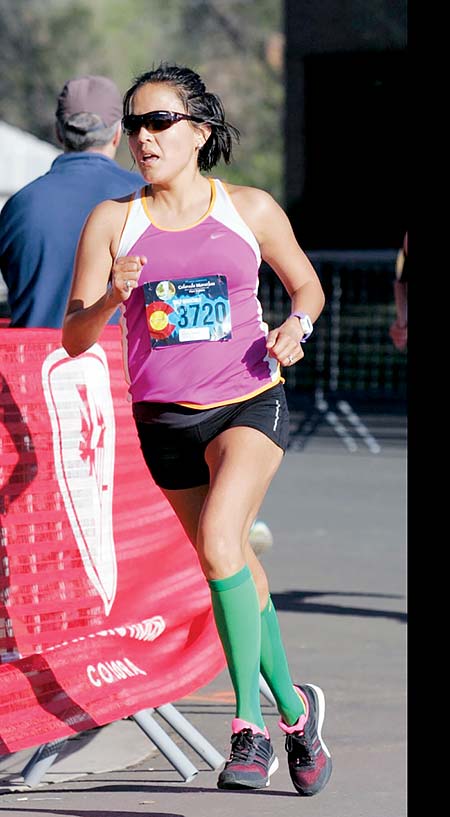 Navajo Times | Courtesy Photo
Chinle-born Navajo Linnabah Snyder runs the Colorado Half Marathon in Fort Collins in May 2015, before she qualified for the February Olympic trials at the at the California International Marathon on Dec. 4.

Navajo marathon runner Linnabah Snyder took the first step toward her running pedigree not on a track, not on a course, not even on a team.

She first unlocked her running potential at the ranch of her grandfather Juan Yazzie Jr. as the family rounded up cattle.

She said she preferred to do the work on foot and one day ran about 15 miles chasing calves.

When she walked into the hogan at the end of the day, her grandpa let her eat first from the meal prepared for the family, cleared the bed for her to take a nap, and gave her words of encouragement.

“He said, you should be a runner, you’re a runner,” she recalled. “I think that gave me the confidence to run.”

Today, the 35-year-old is preparing for the Olympic Trials, to be held in February, after she qualified with her performance at the California International Marathon on Dec. 4.

Snyder said her mother recognized her potential at a young age and encouraged her to run each morning to greet the day and later as she took it up as a sport and a hobby.

“My mom always says that I completely skipped the walking phase during my toddler years, and I went straight from crawling to running,” Snyder said. “She’s really serious, I asked her about that.”