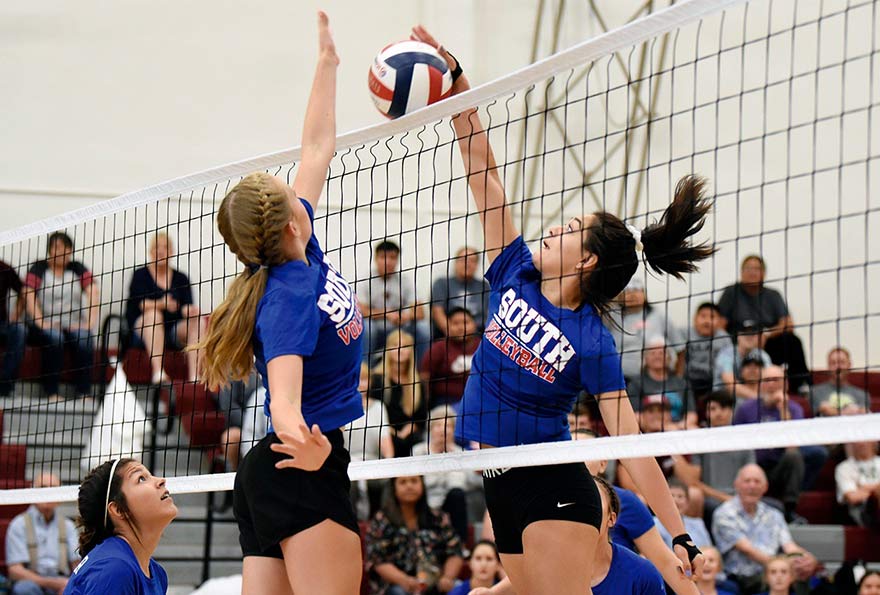 The Northwest Small School All-Star volleyball team showed up to play volleyball, but they weren’t just there for the wins and losses.

The nearly all-Native team, with the exception of one player, focused on something more important than the two games they played in the 2019 New Mexico High School Coaches Association All-Star volleyball games.

“I told my coaching staff that the biggest thing that we’re going to emphasize is we make memories,” Northwest head coach Monika Sanchez said. “Yes, we want to win, it would be great to win, but we can’t win if we’re not having fun.”

The Northwest team did have fun, but they also fell short in both of their all-star games over the weekend.

The team got off to a strong start in their first game, finishing the set with a 25-21 win, but fell short in the next three sets to give the Southwest team the victory.

Sanchez said the team came out a little nervous in the first match but played much better in the second.

“Yesterday we had close games, but the nervous and not wanting to make the mistakes got in the way,” she said. “I think they got comfortable with each other, playing their positions … They had fun today. They were able to smile and were able to go out there and perform.”

Kariah Wilson, from Navajo Preparatory School and member of the Northwest team, said the team simply needed to relax.

She said after their first game the team continued to get to get to know each other better and despite the loss in the second match, they played a much better game.

“I felt like we were just in that groove. We were shy to play with each other, we were still getting used to each other (on Friday),” Wilson said. “Today, it felt better; we knew what we were capable of doing. … We loosened up, and we weren’t so serious.”