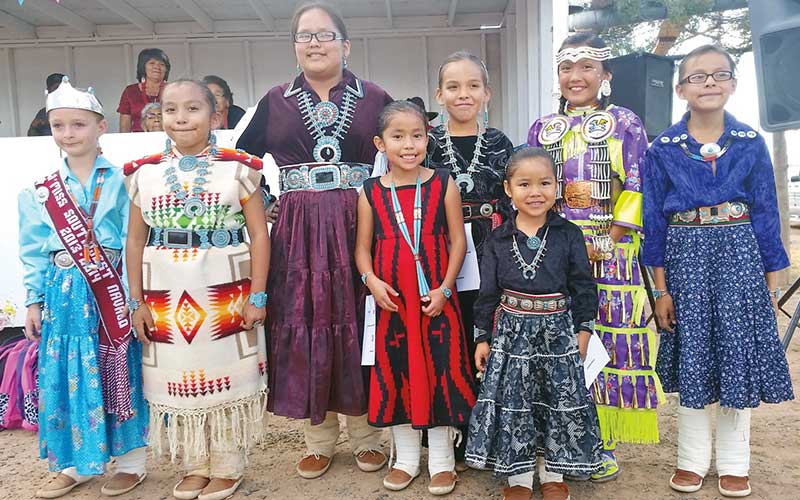 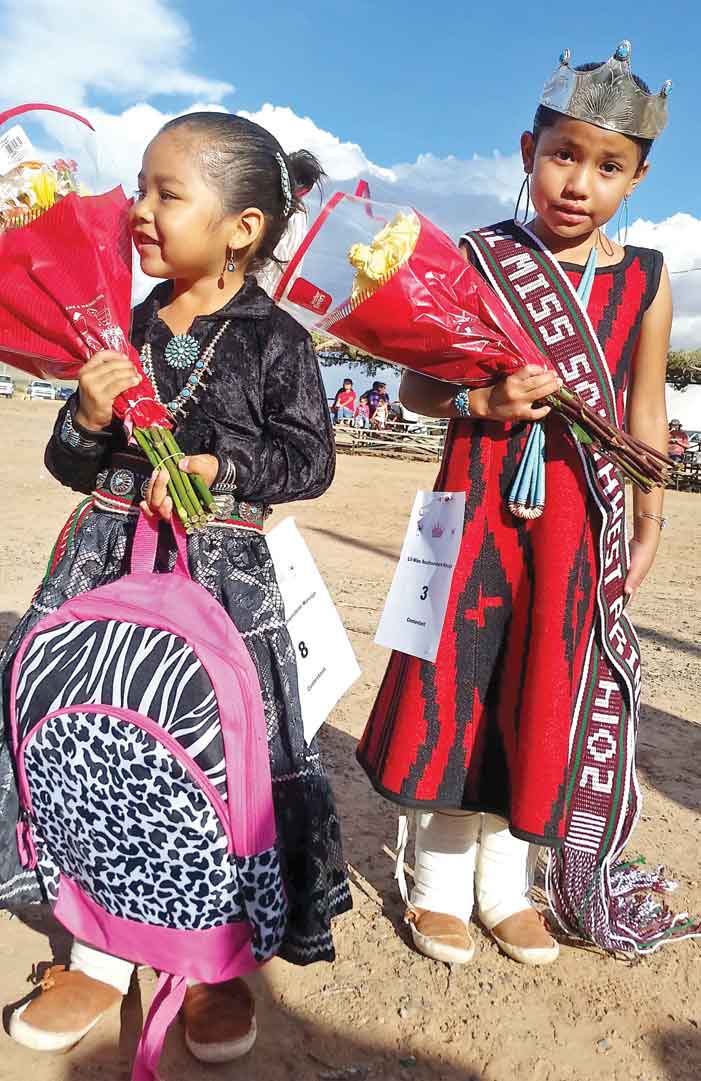 Nothing proves you’re a Navajo princess like sheep intestines.

At least that is what the newly crowned 2014-15 Little Miss Southwestern Navajo proved when she won over the judges with her ach’ii’-making skills.

Miya Sam, 7, from Ganado, Ariz., snatched up the title after she showed off her modern and traditional skills to the four-judge panel. She earned a total of 186 points out of a possible 200.

For Sam’s traditional talent she and her sister, Miral, set up a toy kitchen on the fair’s song-and-dance grounds. After she tied her apron on she acted out the processes of making ach’ii’. She pulled out some Tupperware holding her ingredients.

She soon held the sheep fat and intestines, letting the judges know exactly what she was doing in Navajo, before wrapping the fat to make ach’ii’.

Sam even joked that she would make ach’ii’ at the flea market and sell it for $6.