Eleven-year-old Nathan has enough on his plate.

He needs to start his experiment for the next school year’s science fair.

His uncle, suffering from PTSD and self-medicating with alcohol, is in danger of succumbing to a dangerous life on the street and needs an Enemy Way, but doesn’t believe in the old ways.

His divorced father has a new girlfriend Nathan can’t stand, and it’s getting serious.

Meanwhile his mother is absorbed in her work on a political protest and doesn’t have time for Nathan’s problems.

Just when he thinks he’s found an escape route by spending the summer at his nali asdzaan’s remote home site near Church Rock, New Mexico, he’s befriended by a water monster from the Diné Creation Story, who is dying of a mysterious illness and needs his help — including all the courage a soft city boy can muster. 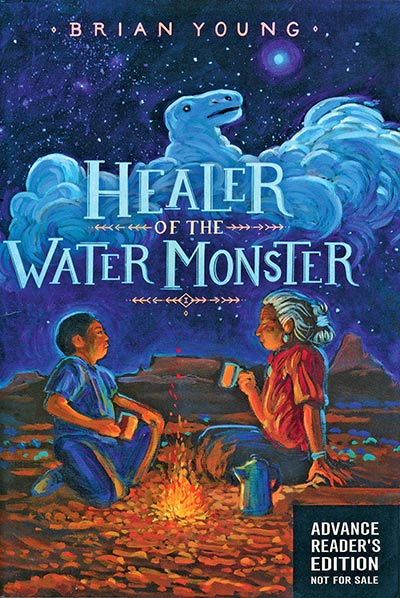 And naturally, none of the adults believes him.

If it sounds like nothing you’ve ever read, it is.

Young, 34, invented a new genre, the “contemporary Navajo hero story,” to describe it. He had to invent it, because when he was growing up, he looked for it and it wasn’t there.

“I know how important a book like this can be because I was a young Navajo reader who could not find a single story that had characters who resembled me and who lived in my environment,” Young wrote in an author’s note at the end of the book.

“So, this book is for you, ’ashkiiké dóó ’at’ééké,” he said. “Your experiences and your existence are important.”

For rez kids, Nathan will be a very relatable hero. Brainy and pudgy, he gets bullied at school.

He’d rather be indoors playing video games than helping his nali around the homestead.

He gets shuffled between his divorced parents who are both preoccupied with their own work and lives off the reservation.

But Nathan has latent powers he doesn’t know about until the Holy People he meets draw them out of him.

He needs the deities to give him the strength and wisdom to help his family, and much as some of them hate to admit it, they need his logical, problem-solving human mind.

Young came up with the idea for “Healer” several years ago, during a frustrating stint cutting meat at Whole Foods in Albuquerque, trying to get backers for his films and pay off his student loans from his film studies degree at Yale.

The end of the story had come to him in a dream, where he saw young boy running into a cornfield then singing songs with a lizard, after which it started raining.

Then it was just a matter of working backward.

“I had plenty of time to daydream while I was cutting carcasses and parting chickens,” Young said.

One thing was clear: He wanted the boy to be a teacher.

“Most stories of this nature share the archetype of the elder teaching the child,” he said. “I wanted to reverse that. How would that come about?”

The way it comes about is a fantastic adventure that involves a journey back to the Third World of the Diné.

This book may be for kids, but I’m 62 and I could barely put it down. 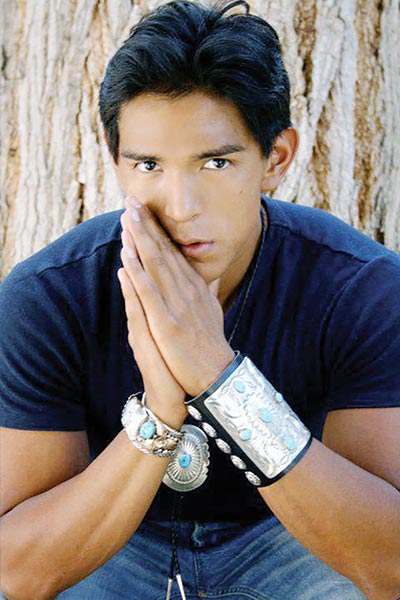 SUBMITTED-Water Monster (Brian Young)
Author and filmmaker Brian Young’s debut novel, “Healer of the Water Monster,” brings characters from the Navajo creation story into contemporary times. Cover art was done by renowned Diné painter Shonto Begay. The book will be out May 11.

“I didn’t dumb it down,” insisted Young. “I wanted people of all ages to be able to enjoy it.”

Young also consulted with traditional elders and medicine people to make sure he only used characters and stories it was OK to put in print.

The book contains some good lessons for elders too. We tend to idealize childhood as a carefree time and forget that children see all the horror and dysfunction going on in their families, no matter how hard we try to hide it from them.

Unlike adults, they are powerless to stop it.

“I think Navajo kids in particular are exposed to a lot of adult stuff they really don’t know how to handle,” Young mused. “Substance abuse, family drama … I remember being in this weird area of hearing or seeing that things were not healthy, and not knowing what to do about it.”

Nathan finds help and solace in the spiritual realm, and Young hopes maybe his young readers will as well.

“If they don’t,” he said, “at least I hope they’ll enjoy reading the book.”

“Healer of the Water Monster,” published by Heartdrum, a new division of HarperCollins dedicated to promoting literature by Native authors and illustrators, will be out May 11.

Graced with vibrant cover art by Diné painter Shonto Begay, it will be available at Barnes and Noble, Target, Walmart and Amazon.com.

Young, who is Táchii’nii born for Ta’neeszahnii, hopes to do a publicity tour on the reservation, including schools, once the COVID-19 danger has minimized to the point where that’s feasible.