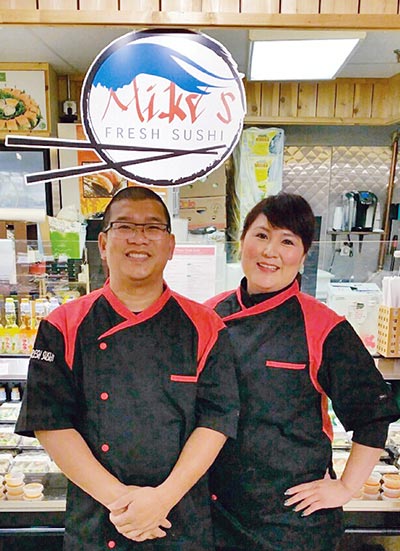 Mike’s Fresh Sushi is owned and operated by Melissa Chavez-Min and her husband Soe Min in Boston, Mass. (Courtesy photo)

A passion that started in New Mexico led Navajo sushi chef Melissa Chavez-Min, 32, to the East Coast, where she now runs a sushi franchise.

Chavez-Min runs “Mike’s Fresh Sushi” with her husband Soe Min, whom the sushi bar is named after.

Chavez-Min has been a sushi chef for 14 years, and for the last seven has been running Mike’s Fresh Sushi out of Boston, Mass.

“When you do sushi, it’s like art. You’re making your own designs, but you’re doing it with food,” she said, adding that she loves her job because of the fast pace and busyness that a sushi kitchen brings. 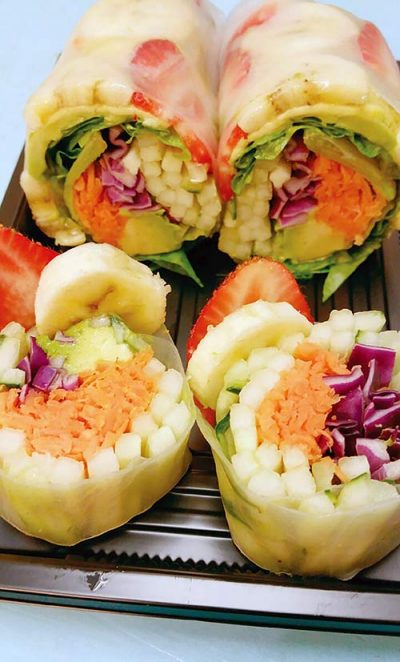 “This is hard work, so you have to love hard work if you want this as a career/business,” Chavez-Min said, adding that in most cases it takes a minimum of five years of sushi prep, fish-cutting and rice-cooking experience before one can become a sushi chef.

Chavez works various jobs at his sister’s business, including prep, delivery and packaging.

“What makes it a good company is the sushi itself,” he added because it’s fresh, and there are options for everyone’s tastes.