INFR canceled: Due to pandemic, rodeo pulls the plug

The Indian National Finals Rodeo spent the past few months in hopes of having the world finals in Las Vegas, Nevada, later this year.

The grand event was supposed to be held Oct. 20 to 24 at the South Point Equestrian Center. But on Tuesday night, the INFR decided to pull the plug. 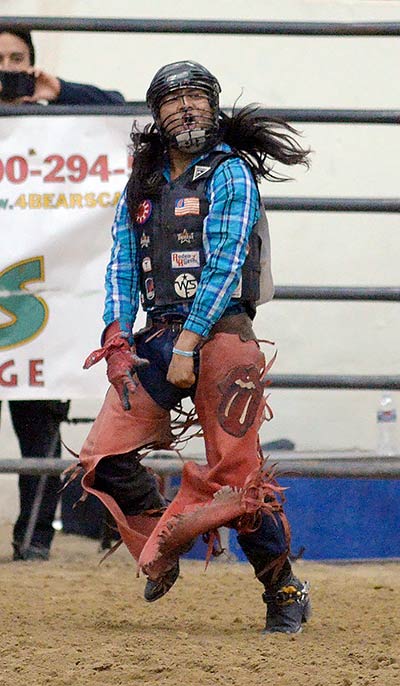 “It is with a heavy heart that we tell you that it has been decided to cancel the 2020 INFR,” Connie Edwards said in an email addressed to each INFR affiliate.

Edwards, who serves as the INFR office manager and membership coordinator, stated in her email that the INFR met with officials from South Point last week to discuss logistics but the challenges created by the coronavirus pandemic made it difficult.

“It was going to be impossible for them to host the INFR with all the restrictions of the COVID-19,” she said. “Other options were also checked into and there was no fit for the INFR.”

Navajo Nation Rodeo Association President Alvin Smith said he’s not surprised with the INFR’s decision, as the coronavirus has increased in some states.

“I kind of knew this was going to happen,” Smith said, noting that he emailed the INFR to express his thoughts about this major development.

“I responded back to them and I thanked them for their dedication and support for Indian pro rodeo,” he said. “But overall I thought it was a good decision they made because of this pandemic. It’s all over the United States and I just let them know that we need to let the people heal and we’ll be back next year.”

Like the INFR, Smith said the NNRA ran into some difficulties of hosting their qualifier rodeo, which was scheduled for Aug. 28 in Cortez, Colorado.

“The new restrictions they had in place in Colorado was getting very technical,” Smith said. “I wasn’t sure if we were going to have our rodeo up there or not.”

Smith said moving the qualifier rodeo to another site would also be challenging, as he thought about some of the legal ramifications involved if the association were to be sued.

“There are restrictions everywhere, even on the Navajo Nation,” he said. “The restrictions were getting complicated so it’s nearly impossible to get around them.”

In the coming days, the INFR plans to release more information to its members regarding membership reimbursements.