Working and learning together 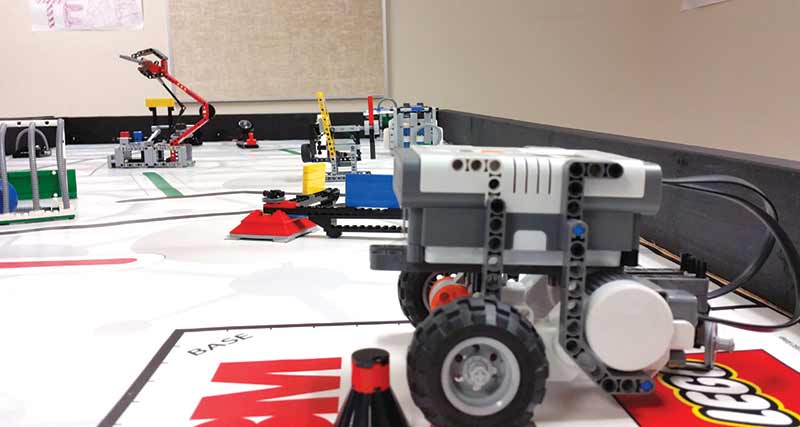 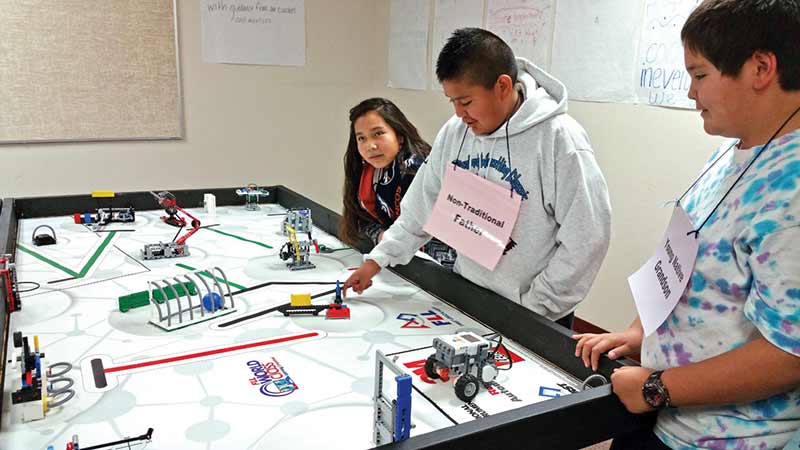 Shawndiin McCray (middle) talks a task the robot had to complete during the competition. The robot had to push the rod at a perfect 90-degree angle. (Times photo – Shondiin Silversmith)

Even though their Lego robot didn’t earn a trophy, their great teamwork and compelling team project did.
The “LEGA GeeS” of the school took home the best project award for their Navajo language learner app idea at the First Lego League Arizona Official Qualifying Tournament on Nov. 15 in Winslow, Ariz.

According to the website, each year the FLL releases a challenge in the early fall that is based on a real-world scientific topic, and this year the students were challenged with teaching “adults about the ways that kids need and want to learn.”

Each challenge has three parts: the robot game, the project and the FLL core values.

The robot game is where students are challenged to program an autonomous robot to score points.