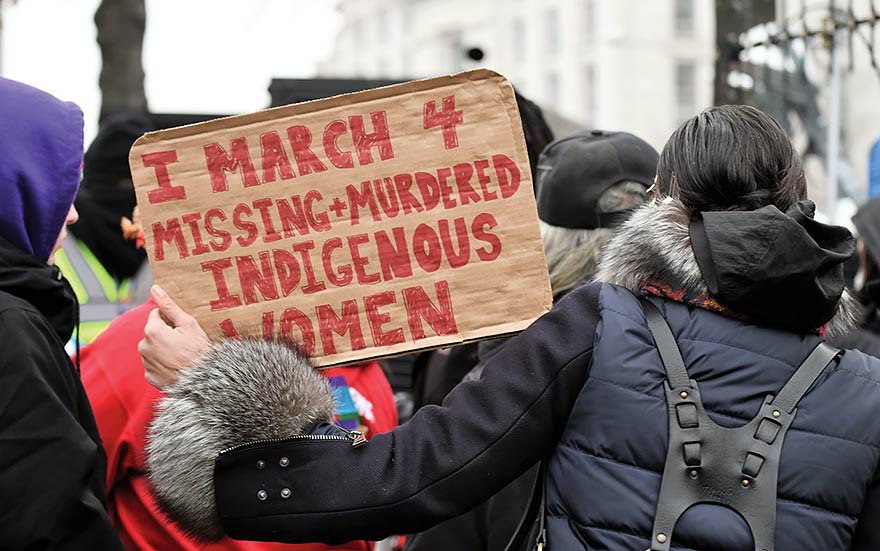 Special to the Times | Ruth Bazhnibah Kawano
Native women marched in the Women’s March on Saturday, Jan. 19, in Washington, D.C., to raise awareness of the missing and murdered.

By Ruth Bazhnibah Kawano
Special to the Times 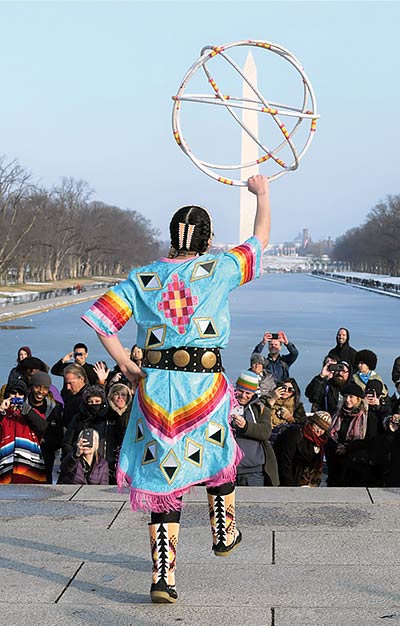 A hoop dancer’s fast moves draw news media photographers at the Lincoln Memorial on Jan. 18 during the Indigenous Peoples rally in Washington, D.C. In the background is the Washington Memorial.

With nothing in mind and no expectations, I set out for the U.S. Capitol in Wááshindoon. That is, Washington, the District of Columbia, where thousands were expected for the Indigenous Peoples March, the Women’s March and the Martin Luther King Jr. March. 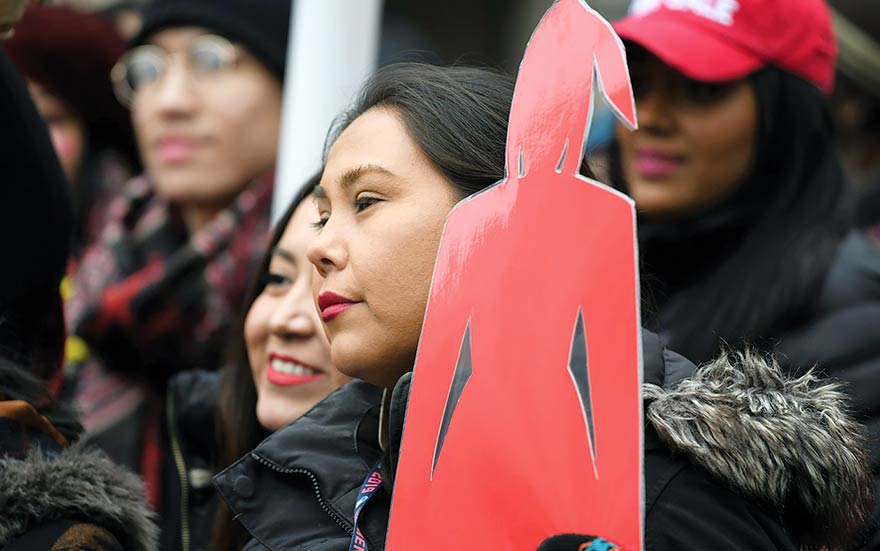 Indigenous women march in the Women’s March from the Freedom Plaza through Pennsylvania Avenue on Jan. 19. This lady carries a red cardboard figure of a woman to honor Missing and Murdered Indigenous Women and Girls.

There was talk on social media advising people not to go because of “dangerous” weather conditions. Even my husband urged me to cancel our trip. I was persistent. “The weather is nature and I am human, we know each other,” I said. “Let’s go.” So away we flew, stopping in Dallas, New York City and, finally, Washington.

We woke up early each day to catch early photos of people gathering with excitement in the cold but bearable weather. People were preparing their signs, banners and drums. I saw colorful people in colorful dress and paraphernalia.

As a photographer you use all your senses to decide what, who and how to photograph. Sometimes you also block out your sense of hearing, smelling and touch but keep your eyes wide open. What I see is always something beautiful in my mind. I like color, I like unusual, and I like to sense a person’s being.