Not long after being sworn into office in May 2017, Hector Guerro, Bucky Apache, and Steven Apache conspired to schedule various trips to falsely claim to be at meetings or conferences in order to receive reimbursement, according to investigators.

“Defendants…accepted payment from the ANSB that were intended to reimburse them for legitimate travel expenses and to pay for their authorized meal per diem,” state court documents. “Most of these payments were made to them in advance of scheduled travel.” 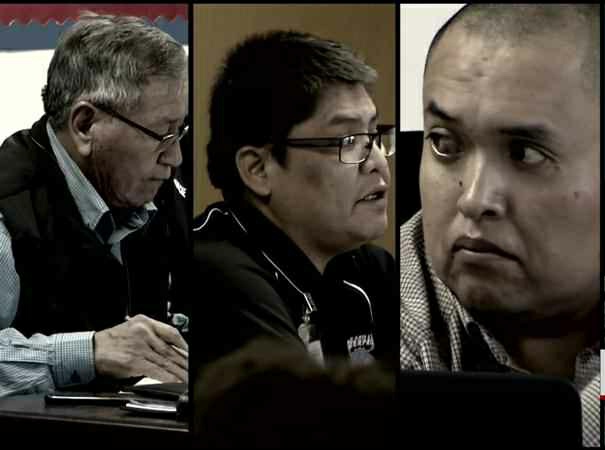 Investigators allege there were at least 43 incidents where board members listed meetings and conferences that either they did not attend, that did not happen, or for which they duplicated receipts paid for by others or falsified receipts.

The Alamo Navajo School Board not only operates the public school that goes from grades kindergarten to 12, but also the Indian Health Center, early childhood center, adult education program, roads department, technology department and the wellness center.

For fiscal year 2018, approximately $17.7 million of the ANSB’s $23.5 million budget came directly from federal funds, according to court documents. Between approximately Sept. 11, 2017 and May 29, 2018 Guerro, Bucky and Steven received benefits totaling in excess of $10,000 from their false claims, according to investigators.

Guerro and Bucky Apache had also entered into a contract with Native Innovation, Inc. to provide information technology.  Once the company was given the contract the two board members allegedly demanded money from the company.

“It was further part of the conspiracy that Hector Guerro and Bucky Apache demanded money from Native Innovation, Inc. After the contract was awarded to the company,” stated the court documents. “This demand for money is hereinafter referred to as a “kickback.”

When their money demands weren’t met the board members threatened to terminate the contract, investigators charge.

“The owner of Native Innovation, Inc. understood that he was to pay $7,000 directly to Hector Guerro and Bucky Apache,” stated the court documents.

Investigators further state that Guerro and Bucky Apache knowingly and willfully made false claims and statements by telling special agents that they did not misuse ANSB travel funds and were not involved in a “kickback” scheme.

The Department of Diné Education worked in partnership with the Navajo Nation White Collar Crime Unit and associated federal agencies to pursue this case. This issue was brought to the Department’s attention by “concerned Alamo Navajo parents, stakeholders, and whistle-blowers who wanted to hold their school board members accountable,” according to a DODE press release.