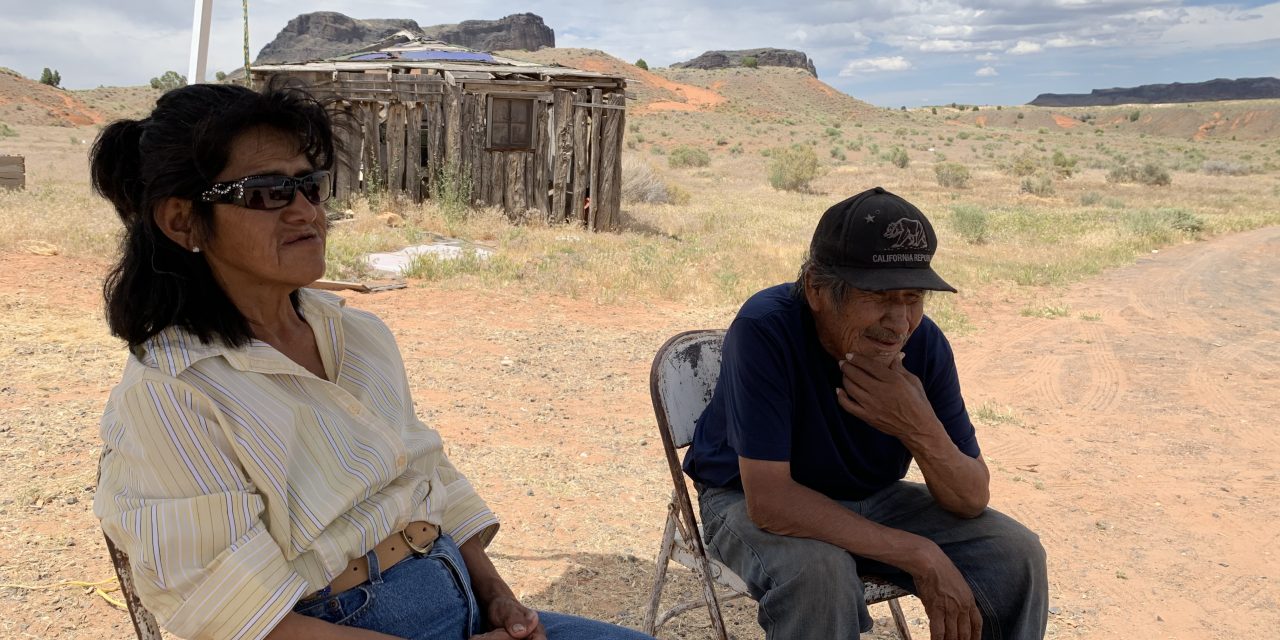 Lester John, whose story in the Navajo Times in May drew donations and volunteers from around the area, was laid to rest today after being found dead in an arroyo near his home on July 8, a family member confirmed.

John, 73, of Indian Wells, Arizona, was profiled in a May 28 Times article titled “Most at risk: COVID-19 aid not getting to everyone who needs it” after retired health technician Laverne Joe picked up John and his partner, Evelyn Begay, hitchhiking home from Holbrook with a small bag of groceries.

Joe became concerned when she drove the couple home and found they were living in a house that had partially fallen in and had no running water or electricity. John had reported recently finding a large snake in his living room.

After the article was printed, concerned individuals and groups from around the area had converged on John’s isolated home site with donations of food and water, and had swept the house, patched a hole in the ceiling and cleaned up the yard.

His family put up a GoFundMe page for him and collected more than $5,300, with which they had started building a modest new home for John and Begay.

Olisia Clark, John’s grandniece (John had no children), said Thursday the home was almost finished when police called the family informing them of John’s death.

Clark said the family was told John’s body had been partially eaten by scavengers and cause of death was under investigation. She said police did not reveal who found John.

“Of course when something like this happens, the gossip starts flying here and there like tennis balls,” Clark said. “We don’t know what happened. We’re just waiting for the police report.”

Clark said John had seemed happy during his last few days and was looking forward to moving into his new home.

“He asked us to put a porch on it so he could grill out there,” she noted, adding that Begay had told the family John used to go and sit in the middle of the unfinished house.

“People had already asked us about donating furniture,” she said. “It was small, but it was really going to be nice. We’re heartbroken he never got to move in.”

Clark thanked everyone who helped or donated to her uncle and assured them the effort was not in vain, as John had spent his last few months knowing he was loved and cared for.

“He was beyond thankful for the help he got,” she recalled. “Every new donation that would come in he would say, ‘Really? This is for me? I never knew people actually cared about me.’”

For his grandnieces, it was a chance to reconnect with a relative some of them hadn’t seen since they were children.

“We got to laugh with him and hear so many stories,” she said. “He was great with the kids. He made them laugh.

“Thanks to you (donors), we had the gift of spending time with him.”

Joe, who brought John to the Times’ attention, said hearing about his death was almost like hearing of her own relative’s.

“He sat outside with a simple, humble smile each time I brought him breakfast or lunch,” she recalled. “I did find me a grandfather, but now he is sharing diyin of his understanding. May he rest in peace.”