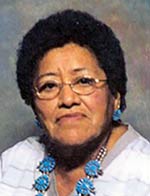 Mary was a homemaker, raising nine children. She enjoyed making jewelry and other arts and crafts.

Due to COVID-19, a reception will take place at a later date. 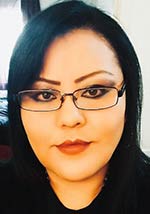 Georgina was born June 6, 1985, in Phoenix. Her maternal clan is Kiyaa’áanii (Towering House) and paternal clan is Tó baazhní’ázhí (Two Who Came To the Water). She was raised by the Naashaashí (Bear Enemies Clan). She died June 27, 2020, in Albuquerque.

Georgina enjoyed many different things, including cooking, especially trying out new recipes featuring all sorts of different spices. She enjoyed watching “Grey’s Anatomy,” listening to the Black Label Society, traveling to new places, and watching and cheering for the Dallas Cowboys.

The Becenti family and the Davis family are grateful for the kind thoughts, helpful prayers, and generous support as they grieve the loss of their loved one. 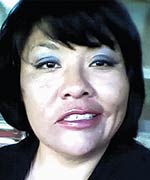 Qiana was born Oct. 20, 1985, in Window Rock, into the Badger Clan of Zuni Tribe, born for Tsi’naajinii (Black Streak Wood People Clan). She passed away July 8, 2020, in Fort Defiance.

Qiana graduated from Window Rock High School in 2005 and attended Diné College, University of New Mexico-Gallup Branch and Albuquerque Job Corps for welding. She was previously temporarily employed with Oops A Daisy in Window Rock.

Qiana was a homemaker cooking and baking. She enjoyed her children, loved all music (traditional Native and powwow songs), and enjoyed nature walks and the outdoor environment.

Due to COVID-19 restrictions, a public memorial reception will take place at a later date. 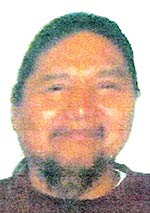 Robert worked for Brentari Oil Company and Fort McDowell Sand and Gravel Company. He was also a sound system/music technician and automotive mechanic/technician.

TOHATCHI, N.M. — Graveside service for Maebah B. Morris, 75, of Tohatchi, New Mexico, will be held Monday, July 20, at 11 a.m. in Tohatchi, with Father Dale Jimson officiating.

Maebah graduated from Wingate High School and received a master’s degree in education from the University of New Mexico in Albuquerque. She was employed with BIE schools and Gallup-McKinley County Schools for 37 years.

There will be no reception due to COVID-19.

Irene attended grades K-9 at St. Michaels Indian School in St. Michaels, Arizona, and worked as a cashier and supervisor at Fed Mart for 33 years and Southwest Supermarket for 13 years. She enjoyed doing puzzles, watching sports, cooking, and being with family.

Irene is preceded in death by her brothers and parents, Margaret K. Ayze and Jacob Ayze Sr. 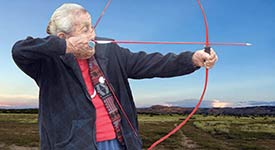 Nora was a weaver and an herbalist. She was not formally educated as she was hidden by her grandmother from boarding school admission. “When a cloud of dust could be seen in a distance she was immediately sheltered under a stack of blankets,” Valerie Joe, granddaughter, affectionately recalls. Her lifelong encouragement to others was to excel in education.

Nora lived in Chicago, Illinois, for 10 years. In her latter years she designed and weaved tissue box covers in lieu of rug weaving with orders as far away as Canada. She was a natural archer, at age 93 as she drew back full strength on a recurve bow. She desired to teach senior citizens how to exercise, dubbed by her grandchildren as an “inspiring exercise instructor.”

Clinton was born March 5, 1978, as the third child of five. He was born into the Haltsooí (Meadow People Clan), born for Tsenabahiłnii (Sleep Rock People Clan). He passed away July 11, 2020.

Clinton was raised in Church Rock, and attended Gallup High School where he played football. He was a husband to his wife and father to his three children.

Clinton spoke the traditional Navajo language, Spanish, Zuni and Apache. He met his wife and they had three beautiful children they raised. He later obtained his GED.

Clinton was known for his love he had for his family, friends and community. He was a considerate, respectful, thoughtful, and loving individual. His family has lost a loving family member, but they will carry on his memory and legacy by sharing his accomplishments and achievements.

Elizabeth is survived by her children, Robert and Rosanna; sisters, Charlotte Begay and Elsie Bosin; and brother, Jimmy Etsitty.

Marshall was an electrician by trade. He loved rodeos and telling jokes.

Miguel enlisted in the U.S. Army in 2016 and was an air defense enhanced early warning system operator (14H). He was responsible for the preparation and deployment of air defense equipment, setup of command posts, establishing communication systems, collecting and processing battlefield information, and evaluating tactical electronic intelligence data. He was previously stationed in South Korea and was currently stationed at Fort Hood, Texas.

Miguel enjoyed spending time with his siblings, nephews and nieces. He had an incredible sense of humor and was always finding ways to make others laugh, even at the expense of others.

Miguel loved playing practical jokes on the people around him, there was never a dull moment with Miguel. He always had an enormous smile or mischievous grin. His distinct smile made others feel welcome. He was a loving uncle and showed his support in every way possible.

Miguel is preceded in death by his maternal and paternal great-grandparents, grandmother and grandfather.

Pallbearers and honorary pallbearers were honor detail from Fort Bliss.

Rivera Family Funeral Home was in charge of arrangements.