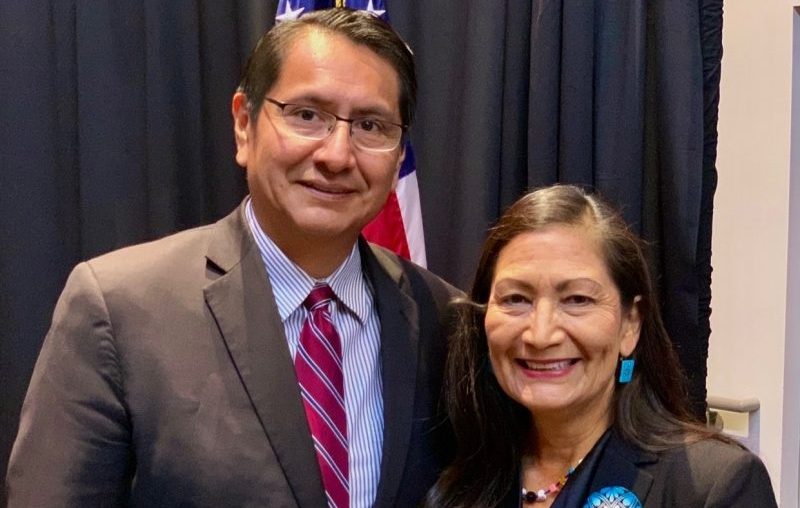 Navajo Nation leaders were jubilant over the selection of U.S. Rep. Deb Haaland, D-N.M., as the nation’s first Indigenous Secretary of the Interior.

Haaland has roots in Laguna Pueblo.

“The consideration, and hopeful confirmation, of Rep. Haaland to this role is a sign of change and hope that tribal nations will be represented well in Washington,” said Speaker Seth Damon in a press release. “Most importantly we recognize the importance of this moment and offer our sincere appreciation to Rep. Haaland for advancing our causes during her dedicated service in Congress.”

In a state that relies heavily on oil and gas revenue, Haaland has been a voice for the environment, leading an effort to protect a buffer zone around Chaco Culture National Historical Park from drilling and helping to pass a federal land package that created 13 new Wilderness Areas in New Mexico.

President Jonathan Nez, who had urged Haaland’s appointment in an op-ed piece in the Navajo Times, said he was “overjoyed” at the news.

“It is truly a historic and unprecedented day for all indigenous people as Congresswoman Deb Haaland has been selected to head one of the largest federal agencies, which oversees the BIA and BIE, at the highest level of the federal government,” he stated in a news release.

“I congratulate her and I also thank the Biden-Harris team for making a statement and keeping their word to place Native Americans in high0level cabinet positions.”

The appointment “sends a clear message to all tribes and people across America that the Biden-Harris Administration is committed to addressing the wrongs of the past and clearing a path for real change and opportunity for tribal nations,” he added.