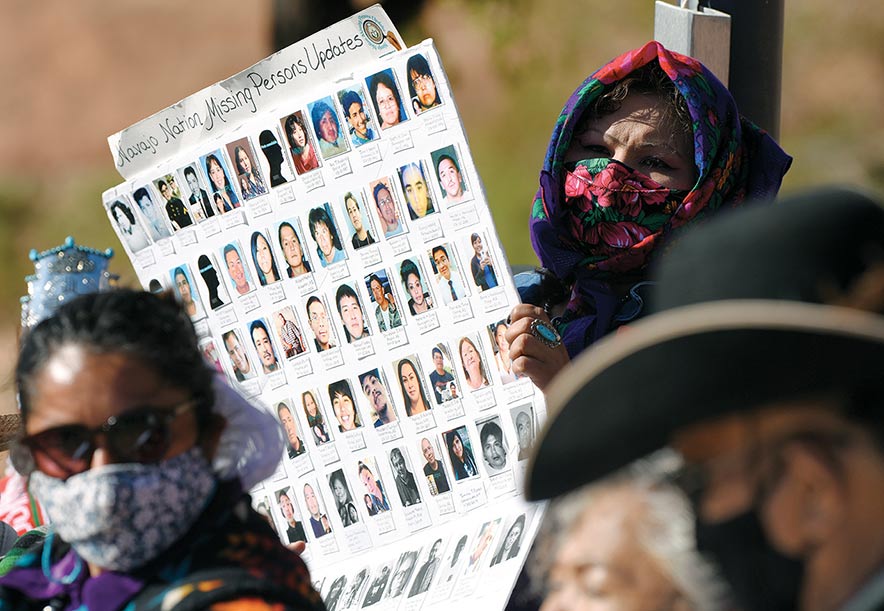 Two years later, Jamie Lynette Yazzie is still missing and her three young boys remember her favorite shampoo when they go shopping with their grandmother.

Yazzie disappeared from Piñon, Arizona, and was reported missing on June 30, 2019.

Her family thought she was busy, yet odd that she was not returning calls.

“The week she went missing I went to her work,” said Ethelene Denny, the mother of Jamie Yazzie, on Oct. 8.

Yazzie’s children are under the care of her mother while she worked. She was a single mother.

She would meet with them at least twice a week, but then she did not show or call.

So Ethelene went to her work in hopes of reaching her, and was informed that Jamie was gone or running errands.

“I just told them to let her know,” Denny said, “that I stopped by, and I will stop by again, maybe the next day or later on.”

Ethelene received a phone call from Piñon Health Center that Jamie had been missing for a week – but no other information.

“That’s when we found out she was missing and not working that week,” said Denny, who immediately made a report at Chinle Police District in June 2019.

For one week, Yazzie did not show up at the health center and it was out of character for her as a nursing assistant, said her family.

Her passion was to become a nurse, so she could provide a better lifestyle for her kids.

“Like up to this day, the elderly she knew, they ask about her, ‘Where she went?’ and ‘Has she come home?’” Marilene James said about her niece on Oct. 8.

When Marilene found out Jamie was missing she began to search. But a week passed before Jamie’s workplace believed she was missing.

Efforts to talk to the health center were referred to the Chinle Service Unit, which has not returned phone messages.

“That’s when they (Jamie’s family) heard and when the police report was filed,” Marilene said.

Jamie is 5 feet, 5 inches tall with black hair and brown eyes. She weighs around 230 pounds. She was last seen in the Piñon area.

“We put all our faith in the law enforcement and the CI (criminal investigations), the FBI, after a while they kind of just shut us out,” Marilene said.

Questions to the FBI about Yazzie’s case went unanswered. 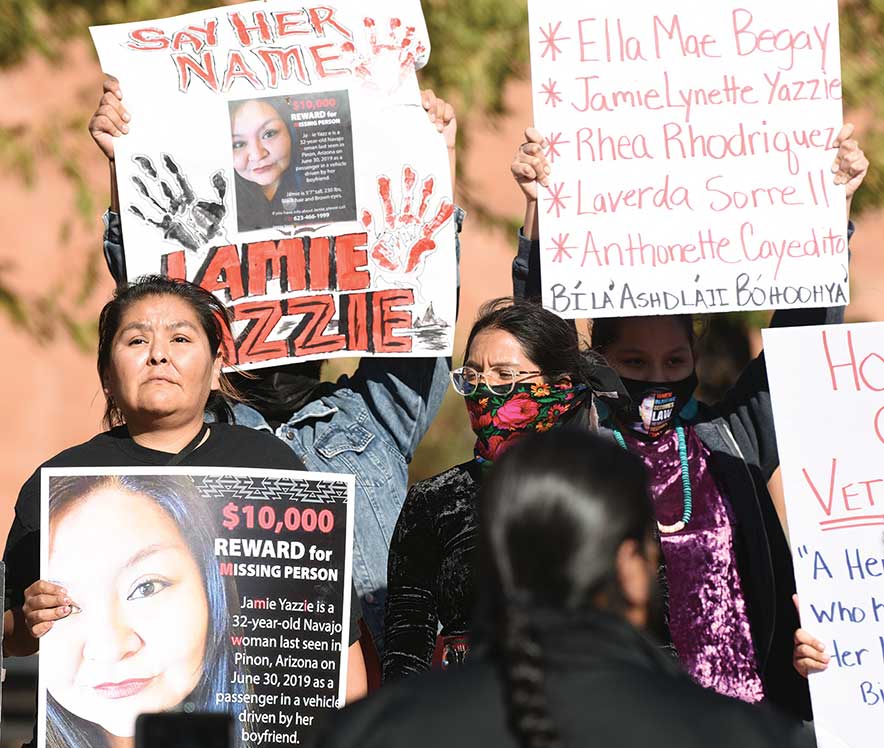 The Chinle Criminal Investigation stated it was a FBI case, but is willing to talk to anyone that has information regarding Yazzie’s case.

The last person Yazzie was reported seen with was her boyfriend, but when her family tried to search the area where he lives, the boyfriend’s family claimed they were harassing them and to stay off their land.

“It’s been two years and it’s been very frustrating for me,” Elaina Denny said about her older sister on Oct. 8.

Elaina had spoken with Yazzie daily and gave birth a few days before she went missing. The plan was for Yazzie to meet her nephew and the family still hopes for a reunion.

The family pleads with anyone with any information to contact law enforcement.

“Whatever the case is, I just want her home, her kids need answers, they can’t keep going on in life, not knowing where their mom is at,” James said.

A GoFundMe campaign – Help Bring Jamie Yazzie Home – has been set up to help pay for printing material and travel to distribute flyers.