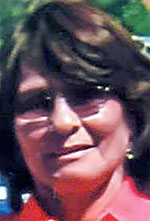 Julie graduated from Wingate High School and was a homemaker and secretary of the Church Rock Veterans Organization. She enjoyed reading romantic novels and watching the Boston Red Sox and Golden State Warriors play.

Julie is preceded in death by her father, Navajo Code Talker, George Smith. 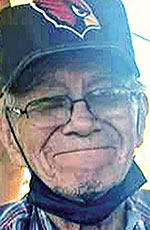 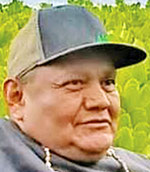 Bahe attended Naschitti Elementary School and graduated from Tohatchi High School in 1988. He enlisted in the U.S. Army and attended New Mexico Independent Electrical Contractors. He was currently employed with B and D Industries at the time of his death.

Bahe enjoyed fishing, cattle work, traveling, board games, helping people, spending time with family, and most of all, spoiling his grandchildren.

A reception will take place at the New Life Apostolic Church, following services.

Cope Memorial Chapel of Kirtland, New Mexico, was in charge of arrangements. 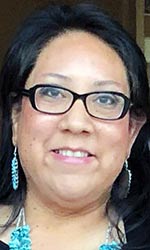 OVERBROOK, Okla. — Graveside service for Karis Nizhoni Begaye was held Dec. 11 at McAlister Cemetery in Overbrook, Oklahoma. She was born June 23, 1976, at Harris Hospital in Fort Worth, Texas.

At a young age, Karis volunteered to work with children on the San Blas Islands in Panama. She continued this Christian service by initiating after school programs for children in Arlington. This defined her mission in life as a defender of children everywhere.

Karis is survived by her father, Russell Begaye of Shiprock.

Karis is preceded in death by her mother, Helen Shoemaker Begaye, of Ardmore and Fort Worth.

May our daughter rest in peace as she is reunited with her mom, grandparents, aunts, uncles, and cousins.

Online condolences may be made at craddockfuneralhome.com.

Peter attended Naschitti Boarding School and Intermountain Indian School in Brigham City, Utah. He enjoyed being a rancher and worked for the Window Rock School District and Alameda Lumber Company in Alameda, California.

Peter is preceded in death by Julie Joe.

Jackie graduated from Flagstaff High School in May of 1966 and earned an associate’s degree at the Western States College of Engineering. He was employed as an inside journeyman wireman for IBEW Local Union 518.

Jackie is preceded in death by his daughter, Jaclynn Renee Williams; and parents, Amy and Alex Williams Sr.

Greer’s Mortuary was in charge of arrangements.