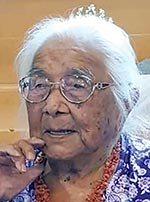 CHINLE — Funeral services for Josephine M. Slinkey, 101, were held Jan. 29 at Our Lady of Fatima Catholic Church in Chinle. Interment followed at the family plot in Many Farms, Arizona.

Josephine was born July 6, 1918, in Many Farms, into the Tábaahá (Water’s Edge Clan), born for Tó’aheedlíinii (Water Flow Together Clan). Her nali is Tl’ááshchí’í (Red Bottom People); chei is Tódích’íi’nii (Bitter Water). She passed away Jan. 24, 2020, in Mesa, Arizona. 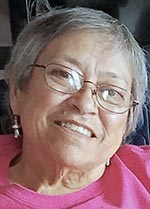 CHINLE — A Celebration of Life memorial service for Dorothy Katherine Chapin will be held Saturday, Feb. 8, at 11 a.m. at the Grace Fellowship Community Church (three miles north of Bashas’ on Highway 191) in Chinle.

On Nov. 30, 2019, Dorothy was laid to rest in the Alamo Community Cemetery near her father and loved ones.

After graduating from Harwood Girls High School in Albuquerque, Dorothy earned her education degree from Western New Mexico University. For 35 years, she taught a variety of grades in various locations, but the majority of her time was spent teaching elementary education on the Navajo Reservation at Cottonwood Day School, Nazlini and Chinle.

Dorothy was actively involved in her local church and community, always looking to serve others and she had a heart for young people. 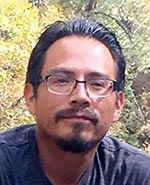 THOREAU, N.M. — Funeral services for Seneca Perry, 38, will be held today, Jan. 30, at 10 a.m. at the Thoreau Church of God in Thoreau, New Mexico. Burial will follow at the family plot in Smith Lake, New Mexico.

Seneca earned his high school diploma at Central High School and attended Mesa Community College for mechanics. He worked numerous jobs in restaurants, landscaping, construction and mechanics. He was a fast learner and loved fixing things around the home and for others. 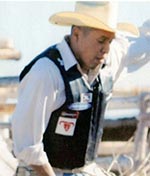 As a Blue Star mother, and a member of the Navajo Nation Tribe, I, Nancy Smith, dedicate this to my son, Nakia Nick Smith. The Creator God proclaimed you a very special gifted person.

Something very meaningful, you gave it your all. Always faithful in life and addition to our family and grandson, Noah Nabahe Smith.

I honor and respect you and thank you, son, and deep down in your inner heart, you had love and compassion for bull riding. Your big dream came true when you rode in those rodeos, it counts many blessings, bull riding for Jesus Christ, young warriors circle of honor.

Nakia worked as a forestry technician and Hotshot firefighter at the U.S. Department of Interior, surveyor/fuller at the U.S. Department of Interior, ironworker at Local Union 495 and Local 86, auction helper at Joe Wemberly’s Stockyards in Weatherford, Texas, tow truck driver in Arizona for I-40 Towing and security officer at Navajo Engineering and Construction Authority.

Donations are appreciated and accepted at any Wells Fargo Bank under Nakia Nick Smith.

Jeffery was born Oct. 23, 1970, in Fort Defiance, into the Mescalero Apache People, born for Kiyaa’áanii (Towering House Clan). His nali is Honágháahnii (One-walks-around); chei is Tó’aheedlíinii (Water Flow Together). He passed away Dec. 23, 2019, in Albuquerque.

Jeffery graduated from Wingate High School where he played varsity football in 1989. He then studied auto repair at the Universal Technical Institute in Phoenix, graduating in 1992. He also worked in Grand Canyon, Flagstaff, and Albuquerque.

Barbara passed away Dec. 17, 2019, in Phoenix, where she and family were residing.

Barbara graduated from Ganado High School in 1981 and worked at Fed Mart in Window Rock, moving to Phoenix, where she held a custodial position with Glendale Community College.

Barbara is survived by her husband, Melvin Woody of Many Farms, Arizona; children, Natasha, Tobias and Erica, all of Phoenix; mother, Lena Ruth Wilson; brothers, Roger Descheenie Tracy and Thomas Raymond Tracy of Window Rock; brothers-in-law, Arvin, Kevin and Marvin; Elsie Yazzie, aunt to Melvin; uncles and aunts from the Tracy family along with cousins; and uncles and aunts from the Davis family along with cousins.

Karl obtained a master’s degree in fine arts and served in the U.S. Army. He loved and lived on the Navajo Reservation for 30 years as an art teacher at Tohatchi Middle School for 28 years before retiring in 2003.