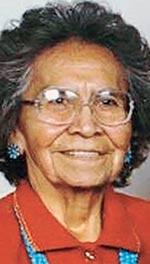 Doris was born May 29, 1926. She was a member of the Colorado River Indian Tribes. Her maternal Navajo clan is ‘Áshįįhí (Salt People) and her paternal clan is Bįįh bitoodnii (Deer Spring). She went to be with the Great Spirit on June 29, 2021, while in residence at The Polidori House in Lake Havasu City, Arizona.

In April 1950, Doris moved from the Navajo Nation to become a member of the Colorado River Indian Tribes under the Indian Relocation Act. She assisted her husband, George White, in farming land. Together, they grew alfalfa, barley, wheat, cotton, and melons. She was a 4-H leader for the first Haymakers and Homemakers 4-H Club from 1955 until 1975.

Doris was also a girls’ basketball coach for such teams as the Poston Tribettes, Poston Cotton Queens and others from 1964 until 1974.

Doris obtained her associate degree from Arizona Western College in 1975 and was a Colorado River Indian Tribes Head Start teacher from 1967 until she retired in 1994. She would later volunteer as a cook for St. Vincent de Paul in Parker, from 2002 until 2006.

In recent years, Doris enjoyed her daily lunchtime visit to the Parker Senior Center with her son, George. An avid sports fan, her favorite teams were the Phoenix Suns and Arizona Diamondbacks. Her entire family will miss enjoying her award-winning Navajo fry bread. 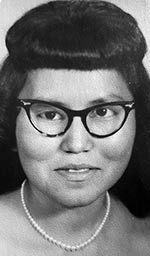 Rita was born June 3, 1943, in Shiprock, to Willie and Eula M. Ahkeah, into the Nihoobáanii (Gray Streaked-Ends Clan), born for Tódích’íi’nii (Bitter Water Clan). Her nalí is Bit’ahnii (Under His Cover); cheii is Táchii’nii (Red Running Into the Water People). She passed away peacefully at home on June 29, 2021.

Rita was a Native American from the Navajo Tribe. She spent most of her early childhood in Rico, Colorado. She had two sisters and seven brothers.

Rita graduated from Aztec High School and decided to continue her education in El Segundo, California, where she attended business school. She met her late husband and the love of her life, Tony John Cornfield, while attending school and living in California. They married and will have celebrated their 57th wedding anniversary on July 10, 2021.

Rita was a mother to two children, Tammy Ann Cornfield and Timothy Julias Yazzie. She was a proud grandmother to four grandchildren and three great-grandchildren. She was also an aunt and parent figure to many nieces and nephews. She cherished her friendship and enjoyed spending time with her family members.

Rita was a long-term member of the Cortez Seventh-Day Adventist Church and faithfully attended every Sabbath. She loved greeting people before the services, participating in worship, Bible studies, and ministering to others. She was a prayer warrior and had a strong belief in God. She knew where she was going and encouraged others along the same path, including her husband, Tony.

Before his passing, Tony and Rita were inseparable. Rita led Tony to Christ and Tony joined Rita in fellowship, serving the Lord until their death.

Rita enjoyed her time as mom and full-time homemaker. While her children were attending school, she worked as a teacher assistant for the Rico School District. After her children became adults, she went back to work as cook prep for Aramark at Mesa Verde National Park for many years until she retired.

Rita loved to read, cook, bake, and listen to country music. According to her family, she made the best Navajo tortillas. She was also the family historian and kept records of family lineage dating back about a century.

Rita was a kind and generous woman with many friendships within her community. She gave without expecting anything in return and even when she did not have much to give she gave more, because in her words “God will provide.”

Rita was a true matriarch and left a lasting legacy of values, traditions, and unconditional love. She left an impression on everyone she met and her imprint will forever be on their hearts.

Flowers may be sent to Cortez Seventh Day Adventist Church and the family will collect donations. 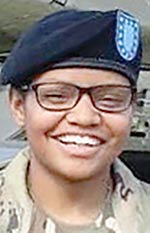 CHINLE — Funeral services for Pvt. Marriah Alice Shirley Pouncy, 20, of Chinle, will be held Friday, July 9, at 10 a.m., at the Chinle Potter’s House. Burial will follow at the family plot at Red Reservoir.

Pallbearers will be the U.S. Army. 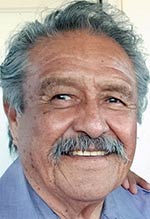 FORT DEFIANCE — The Montoya family, of Fort Defiance, announces a memorial service for Tommy Montoya on Saturday, July 10, at 11 a.m., at the Navajo Bible Church in Fort Defiance, followed by a reception.

Tommy was born Feb. 5, 1941, in Torreon, New Mexico, into the Ta’neeszahnii (Tangle Clan), born for Táchii’nii (Red Running Into the Water People Clan). He passed away Feb. 5, 2021, in Albuquerque.

Tommy was a Vietnam veteran who served his country in the Vietnam War from 1963 to 1965. He also served the Lord Jesus Christ as a Navajo pastor for 25 years on the Navajo Nation Reservation.

Wilfred attended Gallup High School and was self-employed. He enjoyed playing the guitar, carpentry, working on vehicles, and watching football.

Wilfred is preceded in death by his grandmother, Mary Tsosie.

GALLUP — Funeral services for Chris Carl Platero, 52, of Bluewater Lake, New Mexico, will be held today, July 8, at 10 a.m., at Rollie Mortuary in Gallup. Burial will follow in Gallup.

Chris is preceded in death by his daughter, Andrea Platero; and parents, Louise and Ramon Platero.

A reception will take place at the Platero residence in Bluewater Lake, following services.

Tiam completed high school up to his sophomore year and was employed as a chef at various restaurants in Albuquerque.