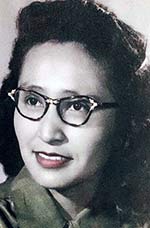 WILLIAMS, Ariz. — Funeral services for Janie Ann Acothley-Rhodes are planned for Friday, April 2, at 11 a.m., at the LDS Church in Williams, Arizona.

Janie was born Nov. 15, 1929, to Dan and Sarah Acothley, in Tuba City, into the Tł’ízí lání (Many Goats Clan), born for Honágháahnii (One-walks-around Clan). She passed away peacefully in her sleep on March 19, 2021, at her home in Williams.

With Janie’s husband, Emerson Rhodes, they spent their life together making and selling Navajo arts and crafts for the 43 years they were married.

Janie is preceded in death by her husband, Emerson; daughters, Rozan Haines and Janet Rhodes; and one brother, three sisters, and parents.

A reception will be held following services. 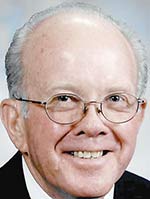 HOLBROOK, Ariz. — Jerrold “Jerry” Brent Foutz, 84, was born in Farmington, New Mexico, to Robert Burton Foutz and Helen Decker Foutz. He grew up in Farmington and Kirtland, New Mexico. He passed away March 17, 2021, at his home in Holbrook, Arizona.

Jerry graduated from high school in Farmington, and attended Eastern Arizona Junior College in Thatcher, Arizona, where he met his sweetheart, Mildred Hancock. He then went on to Fort Lewis A & M in Durango, Colorado.

Jerry and his family have lived in Holbrook nearly 50 years and he loved and contributed to his “hometown” in many ways.

Jerry was known for his firm handshake and his love of his nice custom vehicles with dual exhausts. He was often referred to as “Big Hearted Jerry” and shared his jovial smile with one and all. He was charitable and loved supporting others in their endeavors, and often did so anonymously.

Jerry was a faithful member of The Church of Jesus Christ of Latter-day Saints and served a full-time mission in the Great Lakes Mission as a youth and also served two senior missions with his wife in the Wisconsin Milwaukee Mission and the Family and Church History Headquarters Mission in Salt Lake City. He served diligently in many leadership positions in the church throughout his life.

Jerry is preceded in death by his parents; siblings, R.B., Adrian, Decker, and Sandra; and granddaughters, Aryn and Ella Mae.

Memories and condolences can be shared with the family at norvelowensmortuary.com. 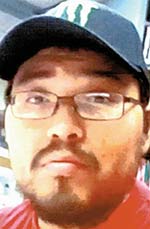 Rudy was born March 3, 1990, in Fort Defiance, into the Kinyaa’áanii (Towering House Clan), born for Tl’ógí (Hairy Ones/Weaver-Zia Clan). He passed away March 12, 2021, at the University of New Mexico Hospital in Albuquerque.

Rudy graduated in 2009 from Highland High School in Albuquerque, and earned an associate in liberal arts in 2012 from Central New Mexico Community College in Albuquerque. He was currently working on a bachelor’s degree in linguistics at the University of New Mexico in Albuquerque.

Rudy enjoyed drawing, painting, making Native jewelry, and selling at the flea market with his daughter.

Mary was born July 21, 1970, in Fort Defiance, into the Honágháahnii (One-walks-around Clan), born for Tótsohnii (Big Water Clan). She passed away March 17, 2021, in Albuquerque.

Mary was a caretaker who enjoyed cooking and spending time with family.

Richard is preceded in death by his wife, Betty Holmes; and son, Virgil Holmes.