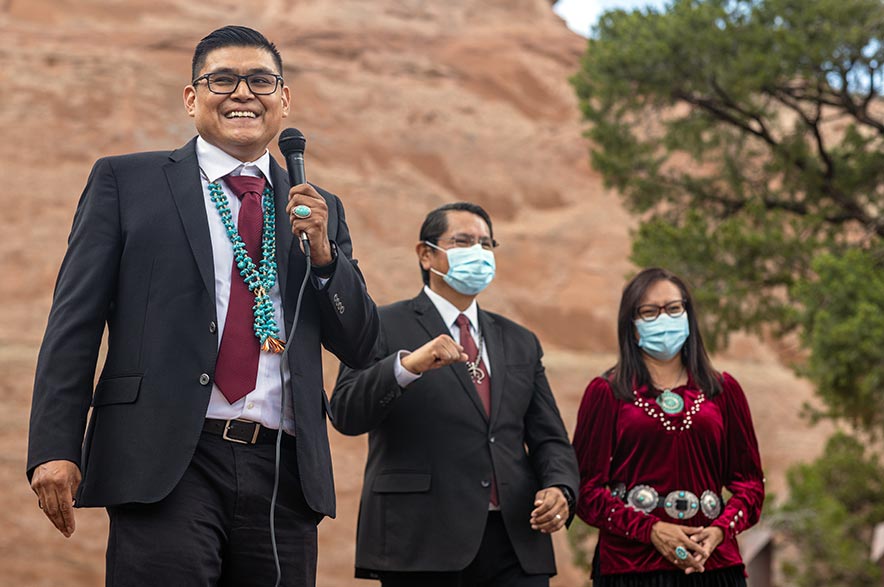 Abeyta, 33, from Alamo, New Mexico, accepted the nomination with his wife, Paulene Abeyta, and their children. His mother and father were also present.

Abeyta said the top three priorities for the next vice president are to follow the Nahat’á plan the Nez-Lizer administration began.

Nez said the Hozhó Diné Bi Nahat’á plan provides a directive to goal setting and tracking that is based on the Navajo people’s concerns. 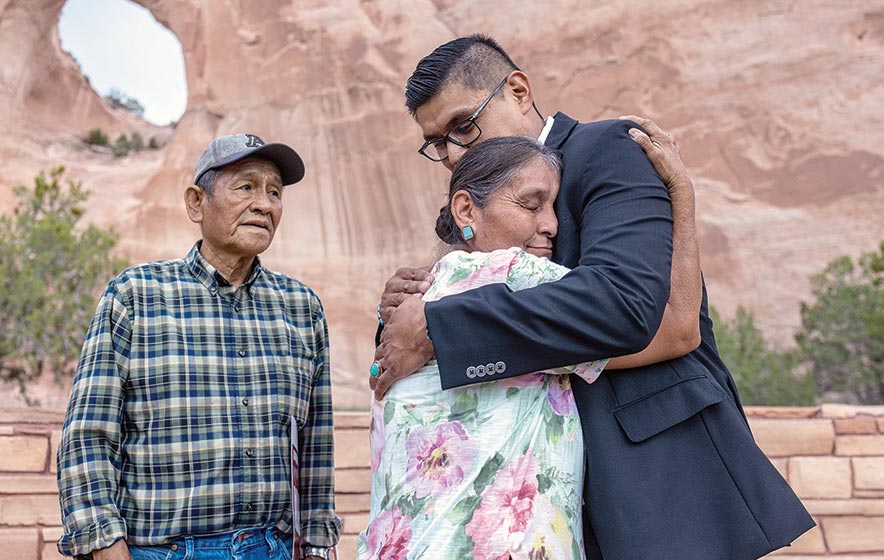 The plan blends Navajo traditional models of education and goal setting with standard management tools, as well as increasing government transparency and accountability.

Abeyta said the second priority is to bring creative solutions to the table.

“And the third thing is to support President Nez and his the decisions,” he said on Monday.

Abeyta, who worked at the Office of Legislative Counsel, said he drafted the housing amendments that were passed by the Health Education & Human Services Committee.

“And that was to update the housing policies to fit the current structure,” said Abeyta.