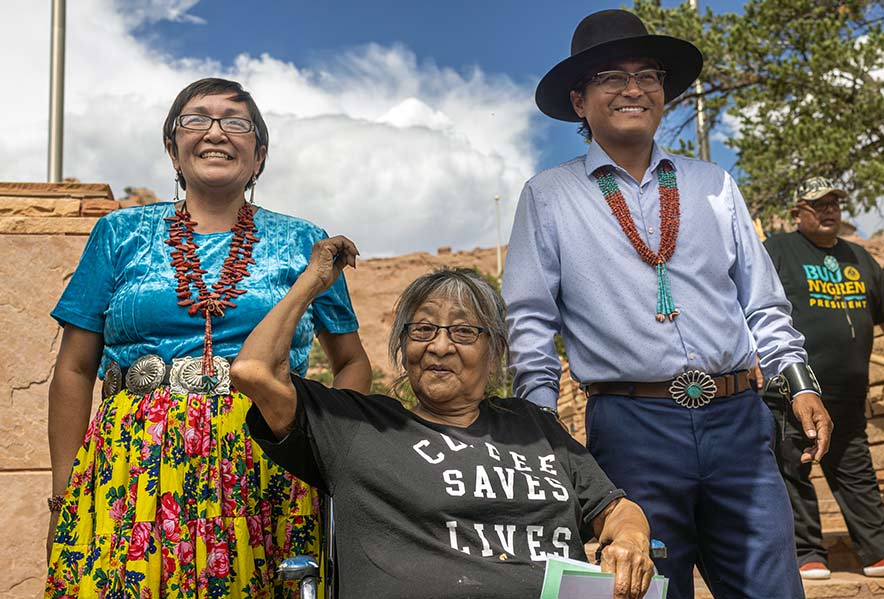 Navajo Times | Sharon Chischilly
A supporter raises her hand as she takes a photo with candidate for Navajo Nation president Buu Nygren and running mate Richelle Montoya Chee at the Veterans Memorial Park in Window Rock on Monday afternoon. 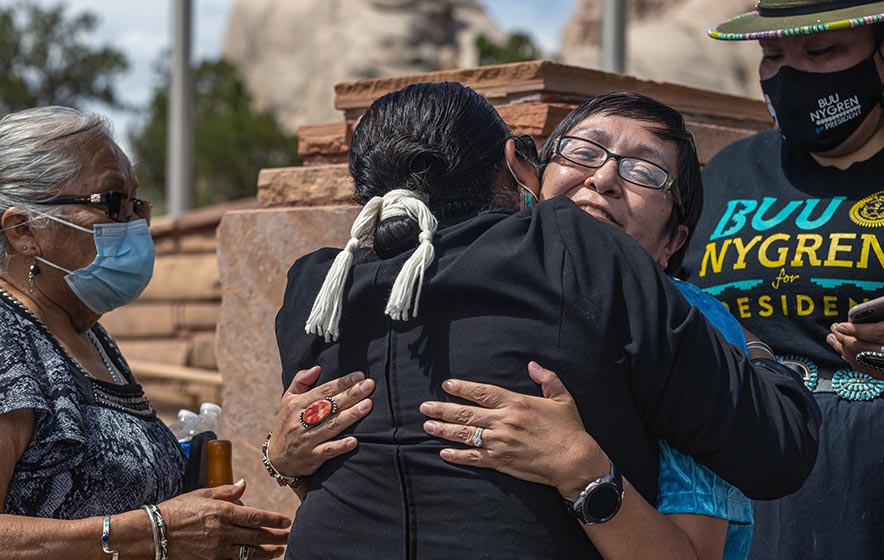 Nygren announced on Monday afternoon he chose Na’neelzhiin/Star Lake Chapter President Richelle Montoya, 45, because the people wanted a woman to be in leadership.

Nygren explained in Navajo why his campaign decided to go with Montoya. By listening to the people, he said his campaign has always been about the voices of the people.

If she and Nygren were elected, she would focus on four priorities: chapters, educators, elders, and veterans.

“Too many times, we’ve heard veterans and elders say that they’re just being used for votes and that nobody talks to them anymore,” Montoya said. “I want to be the person that talks to them, that listens to them, and brings their concerns and their questions back to OPVP (Office of the President and Vice President) so that Dr. (Buu) Nygren can help, along with the executive directors, to get their needs met.”

Montoya was accompanied by her husband, Olsen Montoya from Naschitti, New Mexico, and two of her children at the Navajo Veterans Memorial Park where incumbent Jonathan Nez announced his selection earlier in the day. 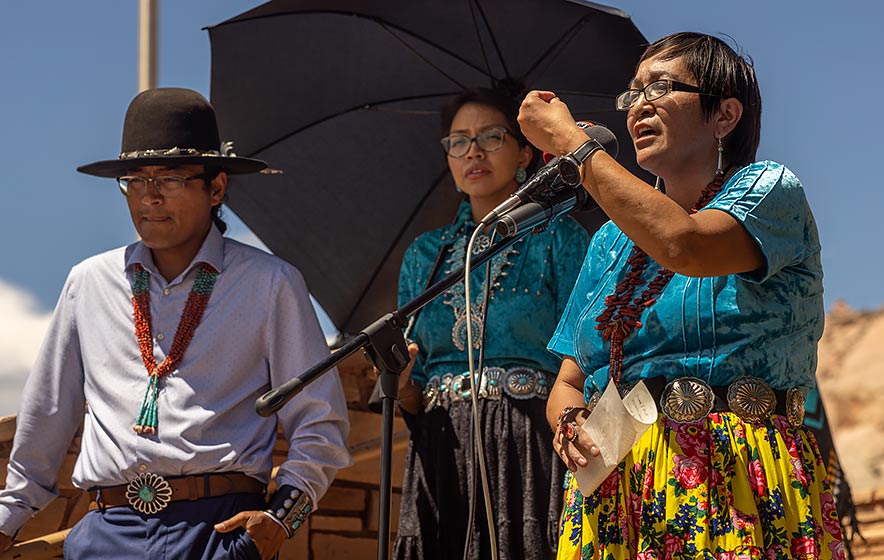 Montoya said Diné traditional teachings teach the Diné that when man and woman come together, it brings balance to tradition and culture.

General elections will be held on Nov. 2.