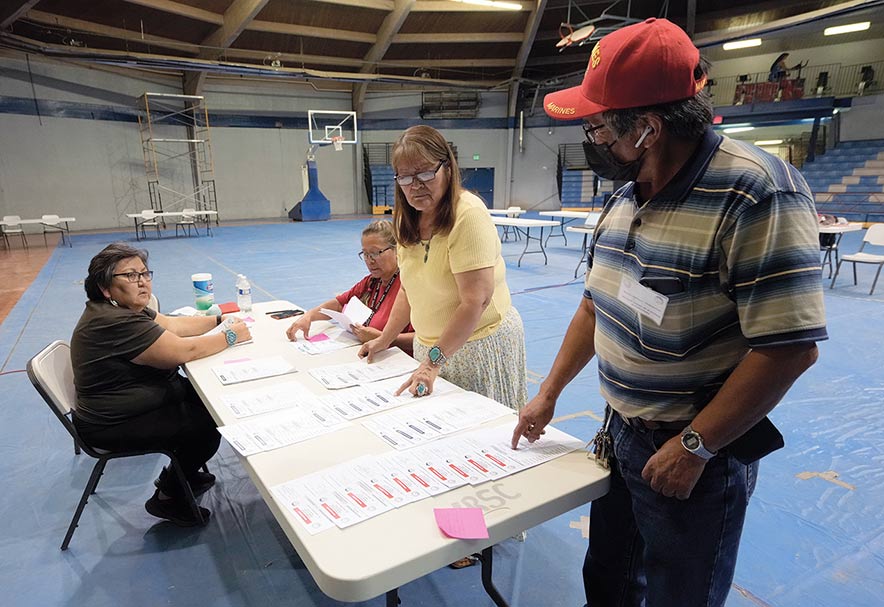 Navajo Times | Donovan Quintero
Melvin Harrison, chairperson of the Navajo Board of Election Supervisors, and his colleagues cumulate vote counts from polling places on Primary Election night at the Window Rock Sports Center.

The Navajo Board of Elections Supervisors have decided to recount ballots cast in the Aug. 2, presidential primary after some of the nominees raised concerns about the unofficial results. 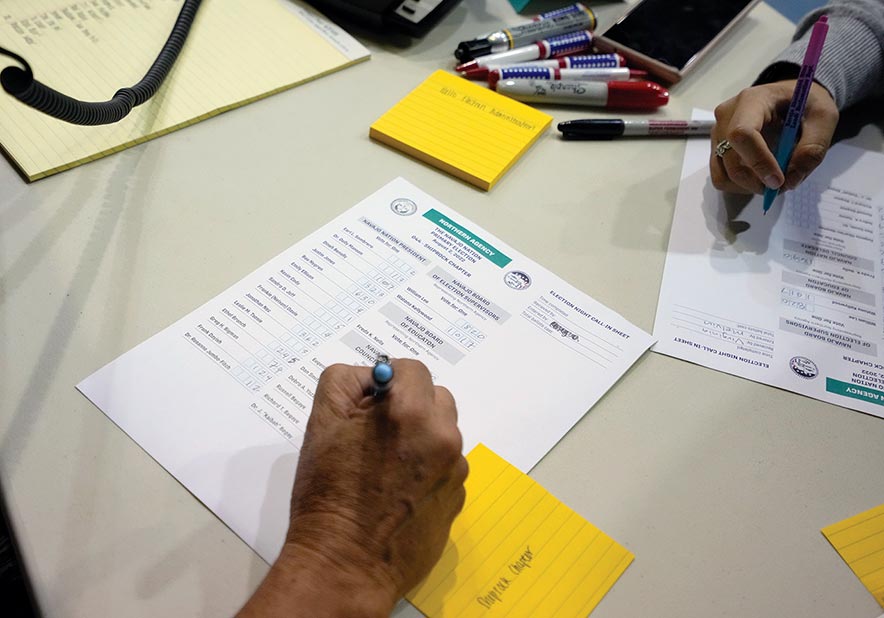 Board members approved a resolution for the recount after the former candidates questioned the efficiency and accuracy of voting machines used in the election.

Former candidates Ethel Branch, Roseanna Jumbo-Fitch, Greg Bigman, and Emily Ellison were among those who shared their opinions to the board about the machines earlier this month.

“We just have concerns that this wasn’t a fair election, and we want to make sure that the machines were properly counting,” Branch said on Aug. 11.

She said that she and others have questioned the age of the machines and measures taken to secure the machines, which she described as being “over a quarter century old.”

At the board’s meeting on Aug. 25, members met in executive session about the recount matter and then passed a resolution that outlines the procedure, schedule, and budget for the recount.

The recount will begin at 9 a.m. on Aug. 29, with ballots from 10 chapters: Upper Fruitland, Tsé Ałnáozt’i’í, Pinon, Church Rock, St. Michaels, Tónaneesdizí, Kayenta, Fort Defiance, Chinle and Shiprock, according to the resolution.

On Aug. 30, ballots from 28 Chinle and Western Navajo chapters will be recounted.

The Navajo Election Administration will use the Optech IIIP-Eagle voting machine, also known as a “tabulator,” to count ballots and then conduct a recount by hand, according to the resolution.

Those who will be allowed into the building where the recount will take place are the chief poll judge, the poll judge, election board members, election administration staff, Navajo Nation Police, the primary presidential candidates, and their poll watchers. 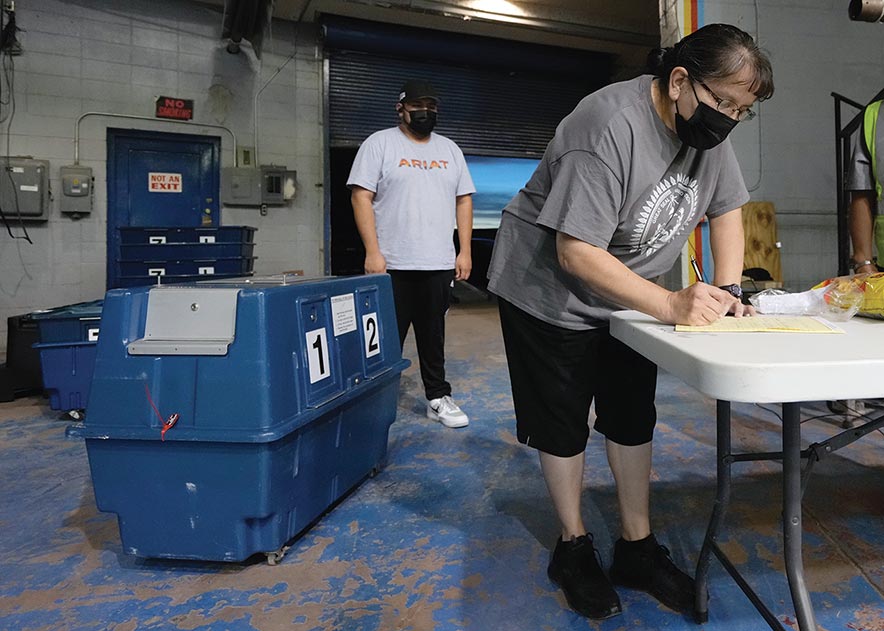 The resolution stated the recount would happen at the Window Rock Sports Center. But the election administration on Friday evening sent an email to the candidates informing them that the recount was moved to the Division of Diné Education in Window Rock.

Branch responded to the election office late Friday night to ask about the venue change.

The Navajo Times reached out to election board chairperson Melvin Harrison on Saturday for comment about the location change, and he did not respond to the request.

In an interview on Aug. 2, Harrison told the Navajo Times there were reports about voting machines having “issues” that day.

The resolution states that the recount will be supervised by a member of NBOES and an assigned voter registration specialist and conducted by the chief polling judge and a poll official of each polling place.

The Navajo Police will be at the site to keep the public from interfering with the recount.

The candidates and their poll watchers will be allowed to observe the recount from a designated area determined by the election administration.