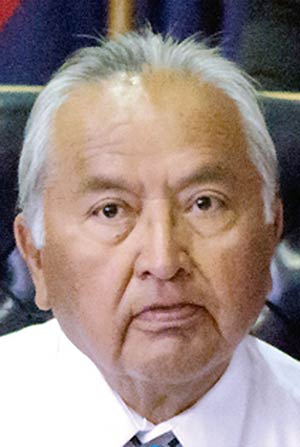 Although the presidential election seems to be on track, the fallout from the dispute between the Navajo Nation Supreme Court and the Council continues.

The resolution doesn’t call for his removal because of the court’s opinions on the special election, but it does cite the court’s ruling that removed members of the Navajo Board of Election Supervisors for failure to follow court orders to take Chris Deschene off the ballot because of his failure to comply with Navajo fluency requirements.

Tsosie’s resolution supports a campaign that has been underway during the past couple of months to get chapter and agency council support to remove Yazzie from the court.

That effort has apparently struck a cord as more than 50 of the tribe’s 110 chapters have passed resolutions, usually by a large majority, to oust Yazzie or to call for an investigation of the council’s Law and Order Committee. 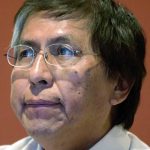 The Huerfano Chapter, for example, voted 28-0 on March 6 to ask for an investigation because of the court’s “unjust and unfair rulings against the Navajo people’s votes that were cast in the primary and general election.”

The chapter positions have been supported by the agency councils as well.

The Fort Defiance Agency Council voted 32-0-5 to remove Yazzie while the Northern Navajo Agency Council passed a similar resolution by a vote of 35-2-13.