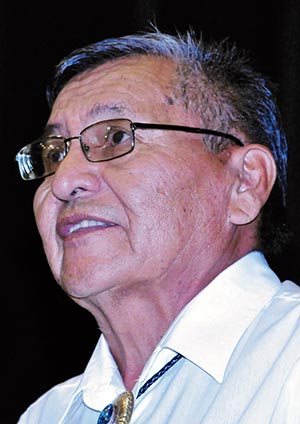 WINDOW ROCK – When Oct. 1 arrives, politically appointed legislative district assistants like Celena McCray will no longer be on the payroll nor will they represent the Council delegates they serve at the 110 chapters.

That’s because Navajo Nation President Ben Shelly exercised his line-item veto authority, eliminating $1.7 million from the legislative branch for these positions during the next fiscal cycle. The fiscal year 2014 budget ends Sept. 30.

In total, Shelly vetoed approximately $4.2 million from the fiscal 2015 budget that he signed into law Monday.

McCray is among 23 other legislative district assistants that will no longer be employed under the legislative branch.