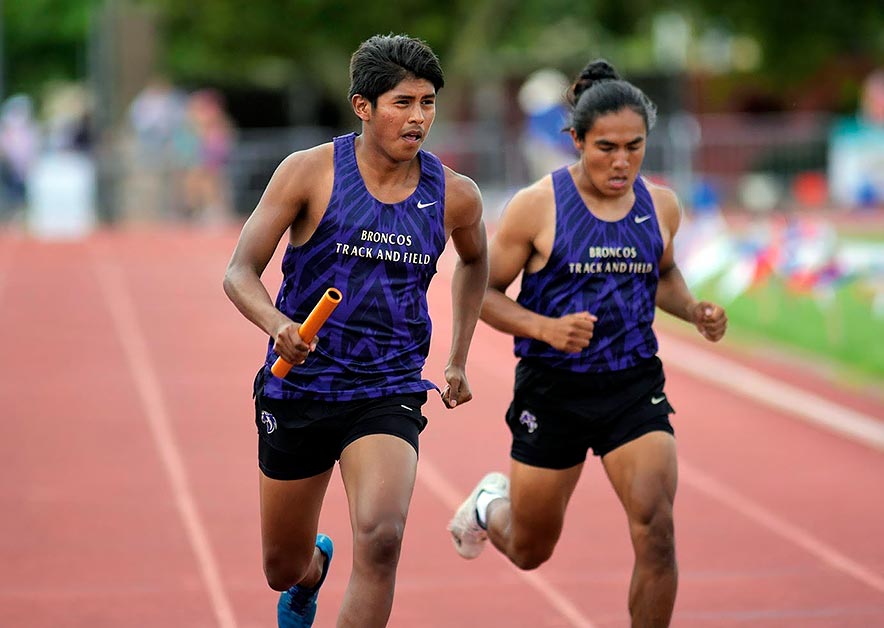 Navajo Times | Donovan Quintero
Kirtland Central Bronco teammates Zakk Thomas, right, passes on the baton to Derrick Russell in the 4x400 relay race on Friday in Albuquerque. The 4x100 team of Thomas, Liam Beckstead, Cameron Crawford and Kyler Joe captured gold in the 4x100 with a time of 43.44 seconds.

The magnitude of the moment may have helped the Kirtland Central 4×100 relay team.

As the top seed entering the 4A state championships, the KC squad had a target on their back. And with that, they felt the need to back that top ranking against a strong field of contenders.

“We were definitely feeling that pressure,” said KC senior Cameron Crawford, who ran the third leg of the race. “That’s been our main race this year so we were pretty nervous.”

The relay team, which consists of junior Zakk Thomas, senior Liam Beckstead, sophomore Kyler Joe and Crawford, used those nerves to win gold as they hit a new personal best of 43.44 seconds.

“We just went all out and it was mainly Cameron,” Joe said. “He’s our fastest guy on the team and he gave us a good lead.”

When he past the baton to Joe, Crawford felt that he gave the KC squad the cushion they needed.

“I’m at my best on the curve,” he said. “On the curve I felt that I passed everybody.”

In his leg, Joe held off Los Alamos runner Tyler Weiss at the finish line as KC won the state title by nearly two-tenths of a second.

“It was super close but we did what we needed to do,” he said. 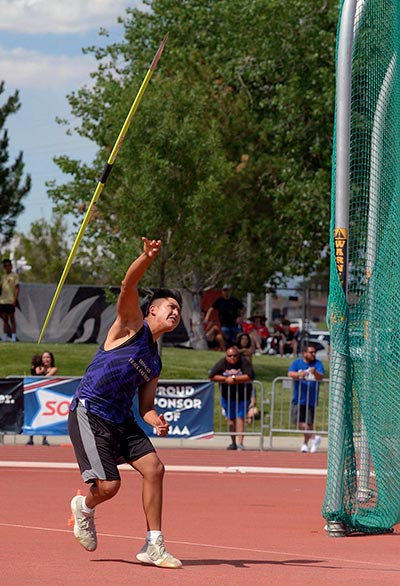 Thomas, who started the opening leg, said their timing was on par to give them a shot at a state crown.

“I felt like I got out of the block pretty good,” he said. “Our handoffs were real slick so at the end we had our last guy (Joe) won it.”

“They did pretty good,” he said. “I just told them to stay loose, and treat it like it’s just another race and they rose to the occasion.

“I’m pretty proud of them,” he added. “They just went out and performed like they always have.”

That first-place win earned the Broncos 10 points as KC finished the team standings in seventh place with 30 points.

The Broncos also got some strong performances in javelin event with senior Troy White-David and Thomas finishing 2-3.

With those marks, both throwers were sitting 1-2 until the Del Norte senior Adrian Marquez hit one for 166-03 on his final throw. Before that Marquez’s best throw stretched for 154-06.

“I’m pretty proud of myself,” White-David said. “I threw pretty consistently in the 160s. I just couldn’t pull off a big one in the finals.”

White-David said he was shooting for the school record of 172-feet. Earlier this season he hit a personal best of 163-10.

“I’ve been throwing javelin since my freshman year and I’ve gotten better,” he said.

He attributed his success to the lessons he’s learned from his coaches and peers.

“Mainly, it’s technique,” he said. “I had people in the past teach me. I’m not really that strong of a person so technique got me to where I’m now.”

Thomas was equally impressed with his finish as came up four inches short of his PR of 152-10.

“I was aiming for top three for sure,” Thomas said. “I was actually sitting second but a Del Norte guy (Adrian Marquez) threw 166 feet so I went down to third.”

“I got a bad start and I got third,” said Crawford, who was seeded No. 1 for this race. “I got confused with the timer and everyone in my heat was ahead of me from the start. That’s is where I messed up.”

“I could have done better in the 200 but I think the 400 killed my legs,” Joe said. “Usually I have a burst of speed at the end but my legs just gave out.”

On the girls’ team, the Lady Broncos got a pair of second-place finishes from juniors JoJera Dodge and Aisha Ramone.

Dodge finished as the reserve champion in the discus with a throw of 100-06, beating her previous best by seven-feet.

KC’s Niall Young also placed sixth with a throw of 94-06.

“It felt good because throughout the season I didn’t have anyone to push me,” Ramone said of the field of top runners. “I really liked the way these girls pushed me so the competition was good.”

In the two-lap race, the KC runner was fighting for position, especially in that last lap as the first pack of runners started to make their move.

With the pack not giving up an inch, Ramone said she had to keep her pace up the entire race.

“I usually start to take off at the 200 but they were already going so I stayed up with them,” she said.

At the very end, she held off a late charge from Emma Patton as the Albuquerque Academy runner clocked in at 2:22.36, which was two-tenths behind Ramone.

“She was catching up and I was getting tired,” Ramone said, “but I just told myself that I had to push myself to the finish line.”

The KC standout qualified in three events but she dropped out of the 3200-meter run, the first race at the state meet.

“That’s not my race,” Ramone said of her decision to not run the eight-lap race.

Nonetheless, she did win two medals, placing sixth in the 1600.

“I had real good season,” Ramone said. “I’m just thankful that we had a season.” 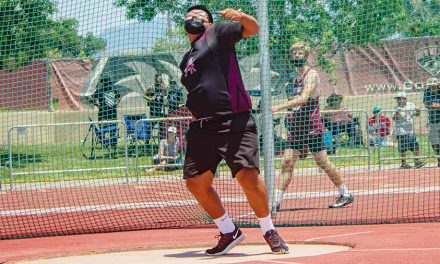 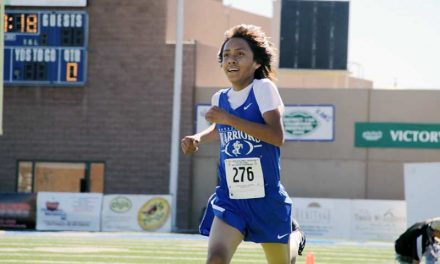 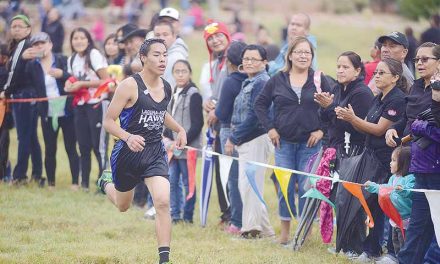 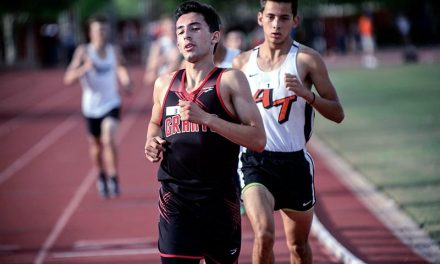