Kirk out after lengthy debate 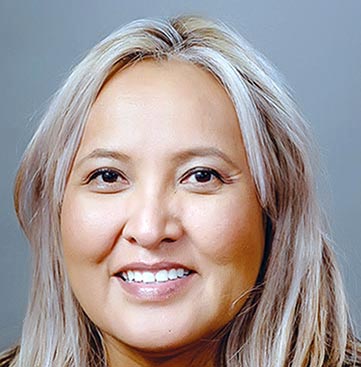 The Navajo Nation Council voted Wednesday evening to remove Controller Pearline Kirk with a vote of 13-10.

The legislation was initially introduced last Friday, but it was filibustered and allowed to die even after the Navajo Department of Justice revealed two criminal charges have been filed against Kirk. DOJ attorneys said the charges under seal so they can’t be revealed yet.

After three hours of voting on the agenda Wednesday, the Council voted to hear the removal legislation and do away with reports.

Delegates were bitterly divided on the decision, with some steadfastly supporting Kirk in spite of the allegations.

“What if we are not happy with the investigation?” asked Delegate Nathaniel Brown. “The blame is going to go to Attorney General. Are we going to be removing her? Will we move others? We are making this important decision prematurely.”

While the legislation does not state a reason for Kirk’s removal, it seemed to be partly in connection with a contract Kirk entered into last November with Agile Technology Group to perform COVID-19 tests on her employees and their families. According to Navajo Attorney General Doreen McPaul, who filed a cease-and-desist order against Agile last Friday, the company was never approved for testing by the Navajo Nation Health Department, the sole-source emergency contract was improperly procured, and the company overstayed its contract by five months and performed COVID tests on other people besides the controller’s office employees — including Council delegates.

But there were other issues as well.

During Wednesday’s debate Delegate Amber Crotty asked the sponsor of the legislation, Pernell Halona, what the rationale was for this legislation.

Halona cited his distrust of Kirk, stemming from issues he witnessed between her office and entities such as the Eastern Agency Council, which passed a resolution expressing a vote of no confidence in the Office of the Controller.

The EAC passed the resolution on March 6 in response to Kirk’s alleged failure to adequately administer Coronavirus Aid, Relief, and Economic Security Act funds to Eastern Agency chapters through Legislation No. 201-20. The resolution also included Crownpoint Chapter’s allegations of poor management and unfair due diligence by Kirk for projects within Eastern Agency. It was approved by a vote of 15 in favor and 11 opposed.

Documents supporting Halona’s claims were requested by delegates but weren’t provided before they went into executive session in order to get more information. The vote came after they came out of executive session.

“With the American Rescue Plan Act Funds coming, we need to make sure we perform our due diligence in ensuring the people’s money is spent in an ethical manner from the top to the bottom,” stated Speaker Seth Damon (Bááhaalí, Chichiltah, Manuelito, Red Rock, Rock Springs, Tséyatoh). “It is unfortunate that we have to make these hard decisions, but the people’s safety is our number one priority.”

Council Delegate Carl Slater  added, “The controller has not cooperated with any investigations since 2017 and it becomes very suspect if you’re a member of the Navajo Nation government while declining to participate when called on by your Department of Justice.”

Council now awaits the Navajo Nation Office of the President and Vice President’s recommendation for the appointment of a new Controller.