‘She can really bring it’: Colorado Mesa pitcher aims high

The Aztec High School graduate has been Colorado Mesa University’s third pitcher the past two years after being the ace for Pima Community College, where she was a third-team all-conference selection as a freshman.

“Hoping to be a 1,” said the redshirt junior, who finished the shortened spring season with a 4-2 record and 2.84 earned run average in eight appearances, including six starts. “Each one of us is tough.” 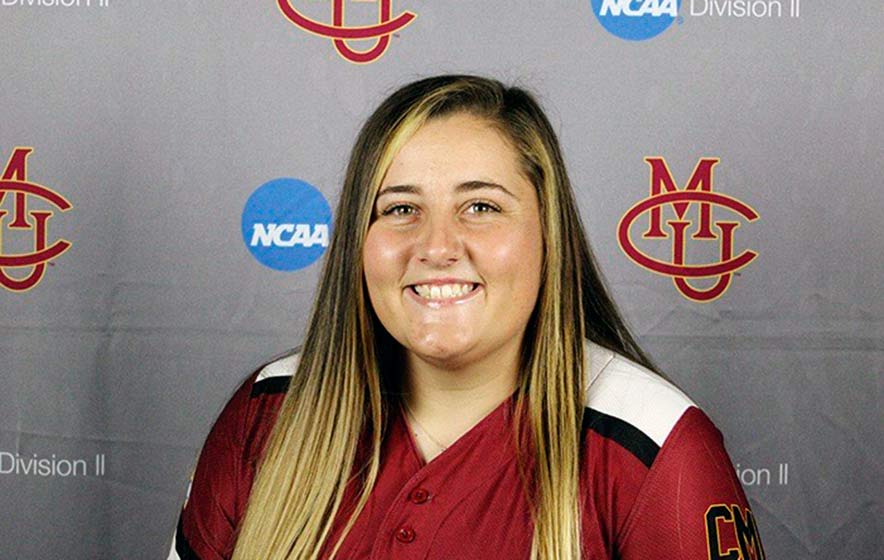 To begin next season, however, the right-hander won’t be recovering from surgery.

She underwent December 2019 surgery on her left knee, the landing leg during her delivery, because she said the patella (kneecap) was off track, resulting in the shredding of cartilage underneath.

“I could tell something was off my sophomore year,” said Adair, who was 3-2 with a team-high four saves and a 3.10 ERA in 15 outings that season. “My knee was real sore.”

She tried to alleviate soreness and build strength through physical therapy but finally had imaging on the knee done during the 2019 fall.

After surgery, she had physical therapy for three weeks. “I was working hard to get mobility back,” she said. “Luckily we had enough time where I could pitch a little bit before the first games.”

Initially she tried different braces on the knee when practicing yet said she wasn’t “able to stride out as far” during her delivery. So she played without a brace.

Having the knee strong again during fall workouts has been a boost for her and the team. “I felt the best I probably felt since it happened,” she said.

A healthy Adair will help the team retain the pitching dominance it has shown for years, even before she joined the program. During her time, the team led the Rocky Mountain Athletic Conference in earned run average and allowed the fewest runs, including fewest earned. The squad was first in opposing batting average in 2020, second the year prior.

“One of her greatest strengths is definitely the character and work ethic she brings every day,” Colorado Mesa head softball coach Erik Kozel said. “That’s just a testament to her work ethic, being able to get back to where she’s been at, if not better.

“She throws a heavy ball,” he said. “She’s focused back in. She can really bring it.”

Her arsenal features the rise and drop balls, curveball, changeup and screwball. “She’s got great pitches,” the coach said, adding that the rise ball and curveball are her strengths.

She has been working to master the screwball, which she added for a change in velocity from the other offerings. “It will go in to righties and out to lefties,” Adair said. “It’s just a different look.”

She also has been focusing on consistency because she said she was “missing a little too much, leaving too much on the plate” for hitters.

Although opponents hit .189 against her through 37 innings in the spring, she allowed five home runs, tying for the team lead with a teammate who threw nearly twice as many innings.

The consistency will come when she gets “the lower and upper halves on time together,” the coach said. “Just getting that timing back between the arms and the left, the velocity comes back.”